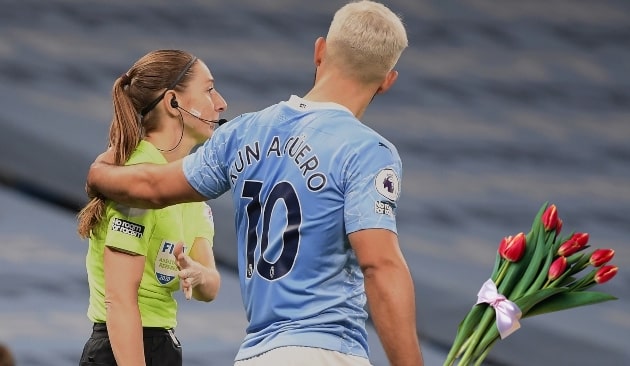 Sergio Aguero has been criticised for handing assistant referee Sian Massey a dozen red roses during Manchester City’s victory over Arsenal yesterday. Some have accused the Argentinian striker of sexism. 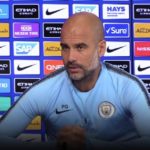 “Sergio is a romantic, no?” Pep Guardiola told Soccer on Sunday. “Is it a crime to find women sexy? He has given the lady referee flowers — not edible knickers. The situation is much less sexy than some people are saying.”

“Those were flowers of respect,” said the City manager. “Not sex. Sergio would have given the same flowers to any assistant referee, man or woman.”

“So long as it was a woman, to be fair,” added Guardiola.