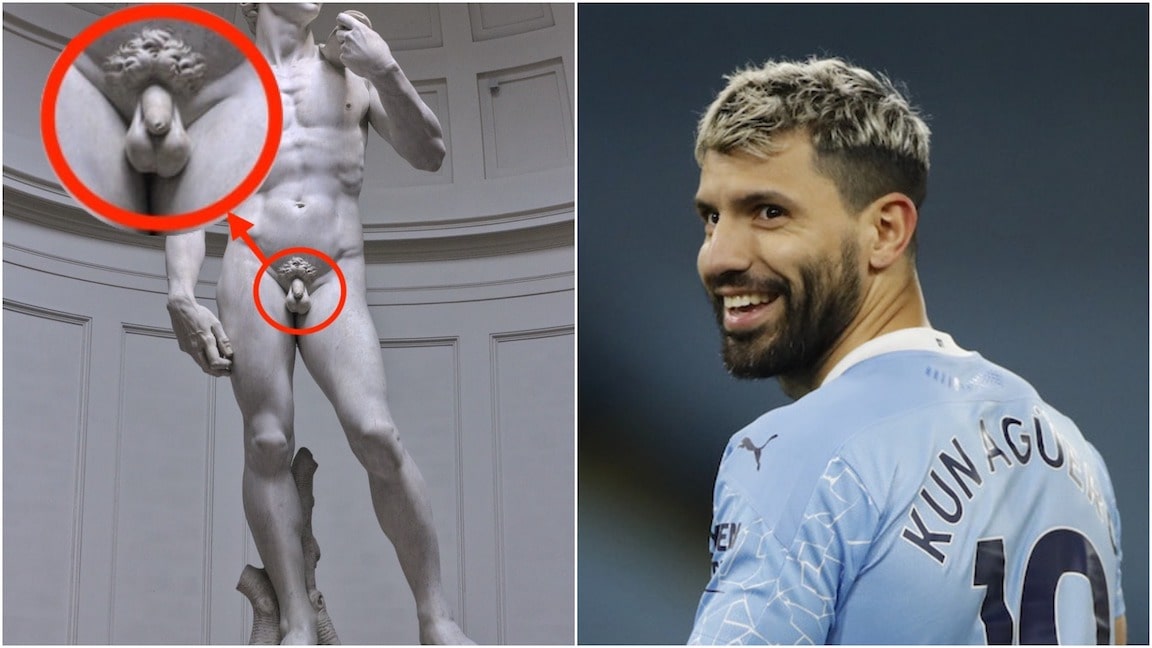 Sergio Aguero has demanded that the proposed statue of himself at Manchester City’s Etihad stadium be naked. The club’s record goalscorer confirmed yesterday that he will depart this summer after 10 years and 257 goals.

“It’s wonderful,” Aguero told Soccer on Sunday. “Since a boy, I have dreamed of immortalising my genitals in stone. The penis, the balls, the strange no man’s land between the scrotum and the arse — all of it looming at treble scale over our wonderful fans for eternity. Goosebumps.”

“The club asked if the statue might have a towel around the waist,” said the Argentine. “I told them I’d sign for UTD and play for free if a single pube is covered, and have the sculptor killed. We understand each other now.”

“I’m told the penis alone will weigh half a tonne,” he added. “Again, goosebumps.”