Amazon have confirmed that they will air a controversial scene of José Mourinho having sex with his wife during a forthcoming episode of ‘All or Nothing’. The 23 minute long scene has been branded ‘gratuitous’ by broadcasting watchdogs. 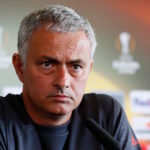 “Is beautiful,” Mourinho told Soccer on Sunday. “Amazon respectfully asked if they could film my intense love-making. I said yes, Maria said no, and Amazon had the deciding vote. Long story short, my wife was out-voted. For sure, she is unhappy. But she must be mentally stronger.”

“No,” said the Spurs boss, when asked if the cameras spoiled the mood. “The cameraman, Mike, was fantastic. He even joined in a little towards the end. Which was fine, except when Maria went to the bathroom for a few minutes and it was just me and Mike. Possibly, I wish I had made some different decisions during those moments.”

“I think Mike must lift weights,” added Mourinho, his gaze drifting into the middle distance.