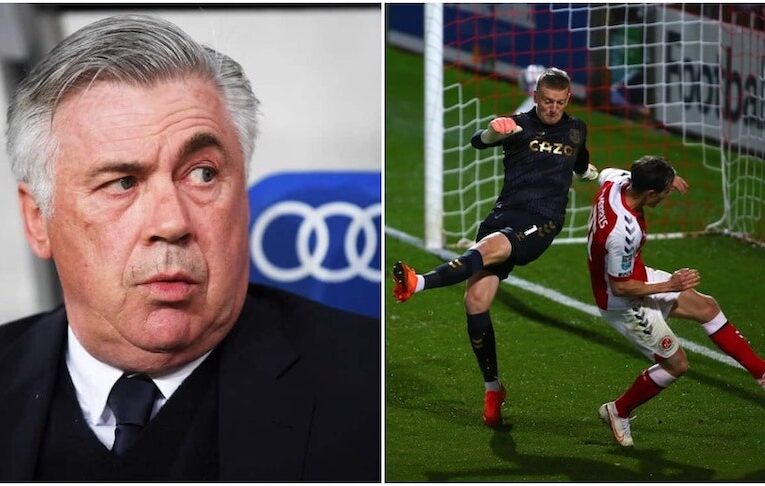 Carlo Ancelotti is facing the prospect of surgery after his eyebrow failed to return to its resting position during Everton’s 5 – 2 win over Fleetwood Town. A Jordan Pickford howler seemed to coincide with the medical emergency. 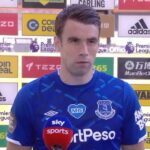 “Everyone’s praying for the gaffer,” Séamus Coleman told Soccer on Sunday. “His eyebrow always goes up like a rocket when Picksy shits the bed, but this time it shot up and stayed there. It’s like his brain couldn’t process how bad Picksy is at goalkeeping, and it seized up.”

“A few of us tried to reef it down after the match,” said the Everton captain. “I was hanging from it with my feet off the ground, but it would’t budge. My heart went out to Picksy during the commotion. He was trying to wipe his eyes, but obviously his hands don’t reach his face.”

“People criticise Picksy,” added Coleman. “But I don’t know many who could have made it this far with little T-Rex arms.”