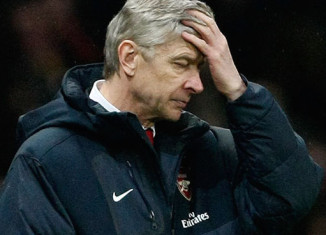 Arsenal have officially announced the date of this season’s title meltdown. The London club’s yearly collapse, one of English football’s most beloved traditions, generally takes place between January and March.

“Our plan is to implode when Leicester City come to The Emirates on the 13th of February,” Arsene Wenger told Soccer on Sunday. “That way we should be in full meltdown when Barcelona arrive the following week. I expect us to finish that game with 9 men and ship a minimum of 5 goals.”

“If we execute the meltdown correctly,” added Wenger, “we should be out of all competitions in the space of two or three weeks. We will be disappointed if there is still a chance of silverware.” 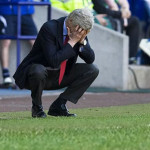 The Arsenal Supporters Club have once again condemned the announcement, insisting that knowing when the meltdown begins detracts from the excitement. Others such as fan Graham Glennon support the announcement.

“Look, I’m a hardcore blow-in,” Mr Glennon (39) told Soccer on Sunday. “If I know exactly when we’re going Kablamo, I can skip those games and breeze back in when we’re starting to build our hopes up again for next season.”

Whilst midfielder Jack Wilshere is happy with preparations for this season’s meltdown, he is convinced that there is still room for improvement.

“The gaffer’s already thinking about next season’s collapse,” the English international told Soccer on Sunday. “He’s looking to take it to the next level. Re-sign Bendtner, appoint Francis Jeffers striking coach, maybe cut the brakes on the team bus. Whatever it takes.”

“I honestly believe that our best meltdowns are still ahead of us,” added Wilshere.