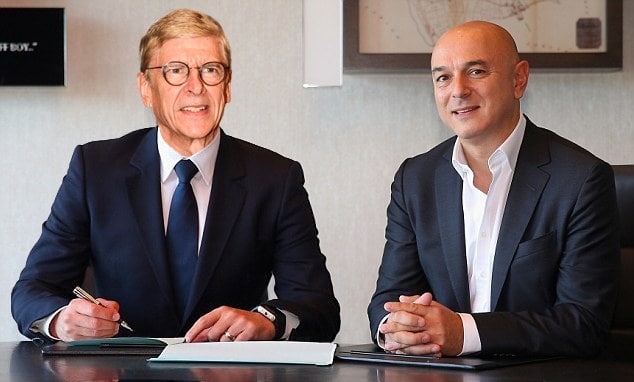 Arsène Wenger has been appointed Head Coach of Spurs on a 3 year deal that has shocked fans and pundits alike. The Frenchman previously managed London rivals Arsenal for more than 2 decades.

“I’m delighted to be here,” Wenger told Soccer on Sunday. “For many years I thought, ‘Spurs — what a club of lowlives and scum-sucking pigdogs’. But now that I’m here, I still think it. Perhaps that will change over time, perhaps not. We will see.”

“It’s an exciting opportunity,” said the 71 year-old. “So long as Spurs fans love FA Cups, they’ll be in football heaven. But if FA Cups don’t give them the horn, as you English say? Well, that could be a problem. A huge problem, if I’m honest.”

“There isn’t a Spurs Fan TV thingy, is there?” he added. “There is? Fuck. Any chance we could have a ringleader or two killed?”