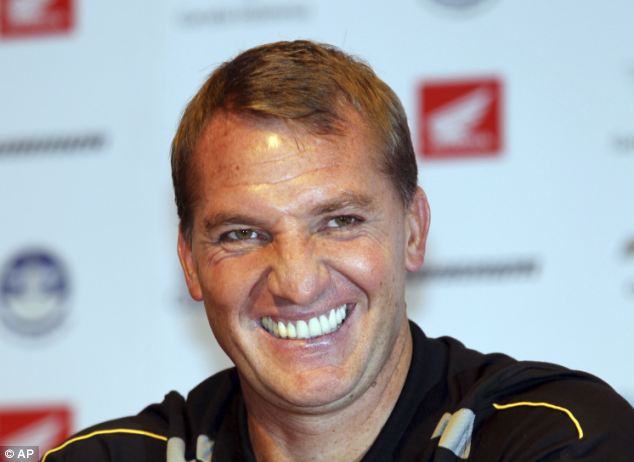 Balotelli. Seriously, what the fuck Brendan?

Yes, that’s an outstanding question. Mario worked very hard, and obviously he didn’t score as many goals as he would have liked. But what people didn’t see, is how much I improved Mario as a man. After one game I looked him straight in the eye and told him I loved him. No man had told him that before. He scurried out of the shower, and from that point on Tara from Human Resources had to be in the room whenever I talked to him. But Mario understood what I was trying to do, even if I didn’t fully understand it myself. That’s the beauty of football. It’s unpredictable.

You seem obsessed by formations. What is your favourite?

I think the 4 – 1 – 1 – 0 – 1 – 1 – 1 is underused in British football. I call it ‘The Spear’. Doesn’t give you a lot of width, and it does require that you deliberately take a man off without bringing one on. But it can be useful if you’re trying to skewer an opposition right through the middle. I’ve only used it twice, at Reading and Watford, and I was immediately sacked after both games. The 6 – 0 and 12 – 0  scores were not accurate reflections of the games. I thought the lads were outstanding on both occasions.

What’s the story with your teeth?


I believe that the mouth is the window into the soul, so a good set of teeth is essential. When I sign a player, I like them to look straight into my mouth and hear and see my passion. I often say that hearing is for dogs, but seeing and hearing is for men. And to a lesser extent, dogs, to be fair.

Hi Brendan. I think you’re mad as a brush. What has been your greatest accomplishment?

I think my greatest accomplishment is being me, frankly. I set a high bar for myself, and not many people could live up to that standard. I know I can’t. Every night I climb into bed a failure, because I’ve asked of myself what only a god could achieve. A lot of men would be crushed by that pressure, but I thrive on it, give or take a nervous breakdown or two. So yes, my greatest accomplishment I think, is living within my own brain, if you will.

Even though you almost won the league, do you consider your time at Liverpool a flop?

No, not at all. It was an honour to be sacked by one of the greatest clubs in the world. As I told the players from day 1, a failure is just an un-obvious success. I drilled that into them from the first training session. Failure gives you the opportunity to learn, to grow. So the more you fail, the more un-obviously successful you become, no matter how often you get chased into your local Morrisons by angry fans.