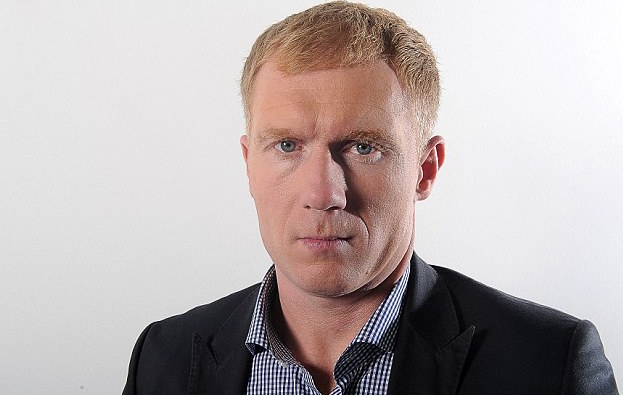 You had an amazing playing career Paul. Any highlight?

UTD have no identity. I watch them, and I have no idea what they’re trying to do. They’re bombing around like a bunch of hobos on crystal meth.

Which midfielder playing today do you most admire?

Boring, negative football. I’ve seen crabs go forward more than these UTD players. The goal is straight ahead. What you moving sideways for, you pillock?

Would you fancy coaching in the future Paul?

These berks don’t seem to know what it means to be a UTD player. Fellani, berk. DePay, berk. Blind, berk. It’s a team of berks. They’ve turned Old Trafford into Berk Trafford.

Who would make your all-time UTD XI?

Van Gaal needs shooting. And half the players too. Someone needs to take a machine gun into the dressing room and sort the whole lot out. A quick bloodbath, and then back to basics.