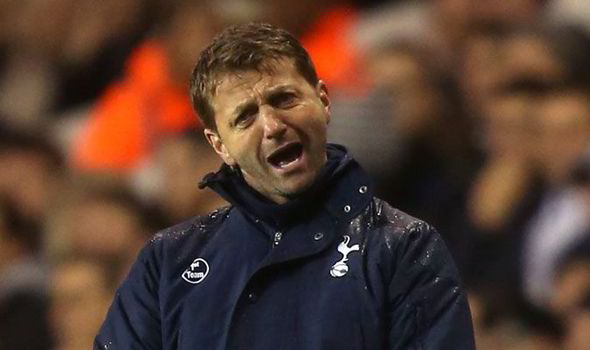 How come you never smile Tim?

I can’t afford to let my intensity drop, even for a second. I sleep standing up, I haven’t blinked since 1997, and I make love wearing my Gilet. You ask the missus, she’ll tell you. Last time we french kissed, my intensity dislocated her tongue

I like to say that my preferred formation is 4 – 4 – Passion. Would Messi run through a brick wall for the cause? Would Ronaldo? Good players, but not for me. Give me 11 fighters who’ll put their head where it doesn’t belong, even if they can’t kick snow off a rope. That’s the essence of 4 – 4 – Passion

You strike me as a manager who demands 110% from players…

Obviously you’ll be sacked soon Tim. What’s next for you?

Bit of this, bit of that. Coaching badges probably. Maybe some punditry. And a scientist from Oxford’s been working on a contraption that will harness my intensity and convert it to nuclear energy. Turns out that my intensity is second only to the sun, in terms of potential kilowatts. And that’s not to even mention my passion. You mix my intensity with my passion, and there’s a good chance that the universe would be destroyed, according to the boffins. But cest la vie. I’d still get up the next morning and put in a shift