Aston Villa to Relocate to Scotland 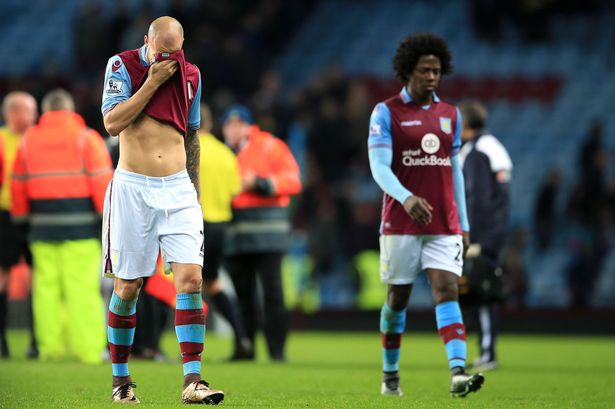 Aston Villa could be plying their trade in the Scottish premier league by 2018, according to Randy Lerner. The club owner has announced that he is in discussions with the Scottish FA about a possible defection North of the border.

“Back in The States, clubs relocate all the time,” the American told Soccer on Sunday. “The Oakland Raiders moved twice, to LA in the 80s, and then back to Oakland in the 90s. Why keep Villa in England year after year as a laughing stock, when we could move North and be big fishes in a tartan pond?”

“Imagine being thumped in the group stages of the Champions League every year, like Celtic,” added Mr Lerner. “Who wouldn’t want that?”

Among the details of the proposal, the club would be renamed Aston Thistle, and enjoy a brand new, three-sided 18,000 seater stadium 40 miles south of Falkirk. The traditional Aston Villa crest would not be abandoned, but instead redrawn to include a reference to haggis.

“We will fight this with our last breath,” said Mark Helly, president of the Aston Villa Supporters Club. “I’m a season ticket holder with a 1 litre Fiat Punto. Am I expected to throw on a kilt and drive 6 hours to Falkirk for every home game?”

“My gran had a bar stool smashed over her back last year at a wedding in Scotland,” said Mr Helly. “It’s like a zoo up there. Lerner’s being cavalier with other people’s safety, sending people to a place like Scotland.”

Resistance to the move is likely to come from both sides of the border, with many Scots expressing unhappiness over the proposal.

“If a club has to come North, can it not at least be someone watchable?” asked James Kirby of the Scottish Football Supporters Trust. “Perhaps Spurs, or Southampton? Even Stoke would be great. But you can’t just chuck Aston Villa at us. Scottish football isn’t a landfill for broken junk from other leagues, and we shouldn’t be treated as such.”