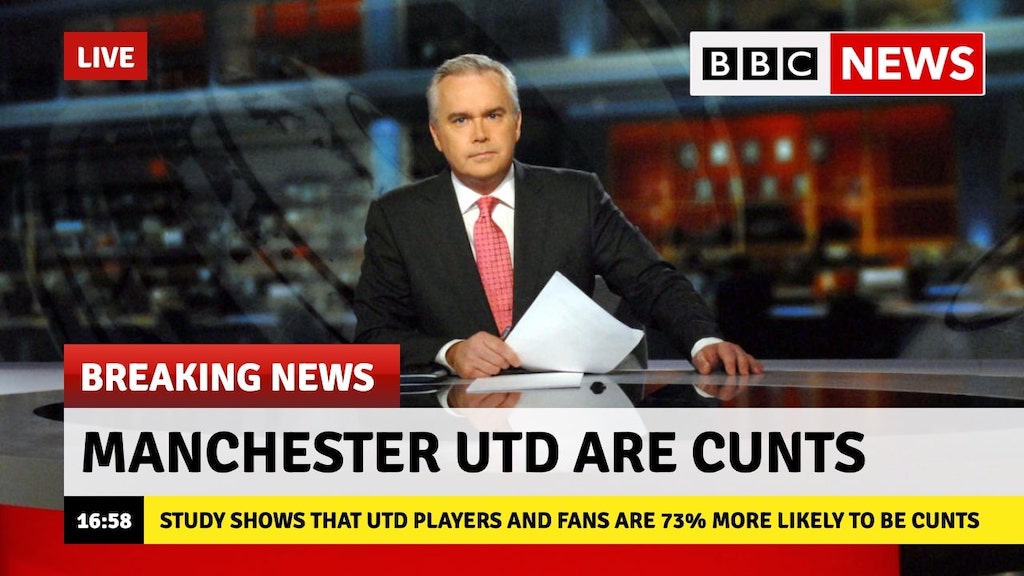 The BBC have apologised after their ‘Breaking News’ banner and scrolling ticker made derogatory comments about Manchester UTD. It’s the second time in as many days that the broadcaster has made a similar error.

“We can only apologise,” BBC Director General Tim Davie told Soccer on Sunday. “My top priority is to find out why our tickers keep telling viewers that Manchester UTD are shite, or cunts. I won’t rest until I solve this issue, after I get back from my holiday in Cancun. I’ll be gone from tomorrow until the 3rd of August, but then I’m all over this.”

“No, I reject that,” said the 55 year-old, when asked whether the errors constitute ‘fake news’. “There’s a great many people, and I consider myself one of them, who would say that UTD are shite, and cunts. But the issue here is why the BBC ticker keeps saying so. At this point, we haven’t the foggiest.”

“The problem will probably get worse before it gets better,” he added. “I’d be lying if I said different.”