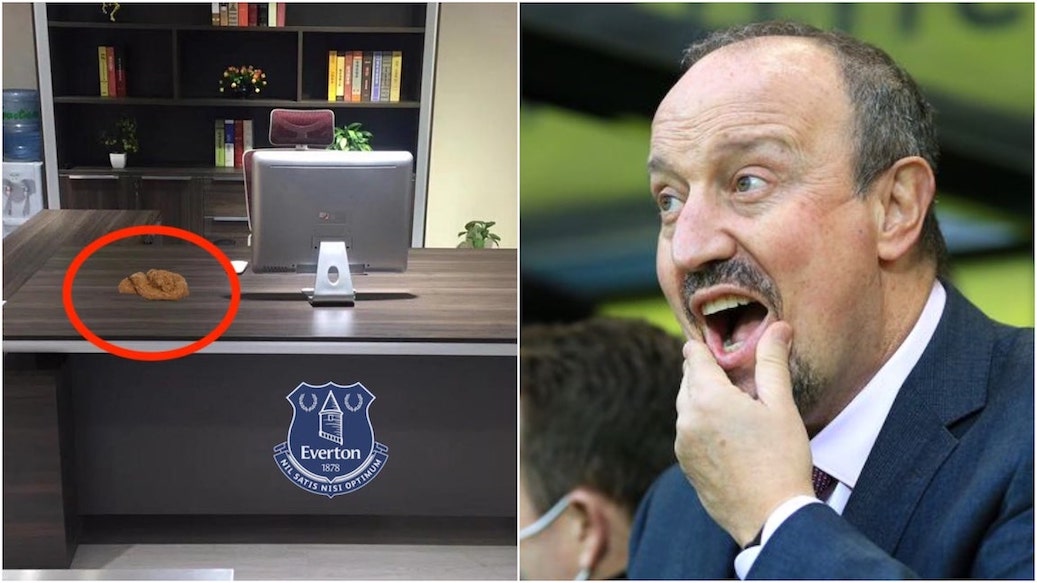 Sacked Everton manager Rafa Benitez has denied defecating on his desk before leaving Everton’s Finch Farm training ground yesterday. A photo appears to show a large piece of faeces on what is reportedly the manager’s desk.

“I am innocent,” Benitez told Soccer on Sunday. “Believe me, if I took a shit on that desk, there’d be a hole in it and through the floor beneath. I don’t mess about. Clearly someone has shit on the desk, but my arse has been framed. Has anybody asked Big Dunc where we was when the logger was squeezed out?”

“No,” said the Spaniard, when asked if he’d submit to a DNA test. “Where would it end? We could spend the rest of our lives trying to match shits to the anuses that manufactured them. Much better that everybody just moves on.”

“But I will clear my arse’s name one day,” he added.