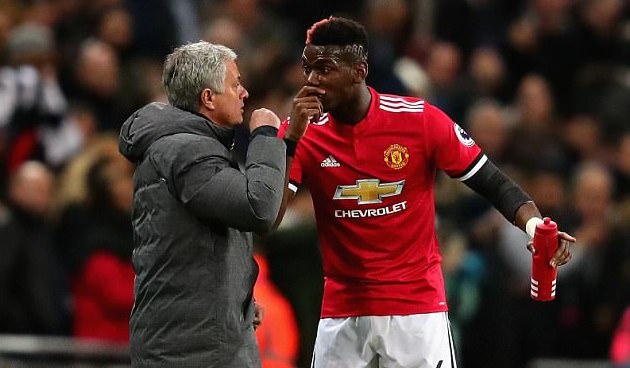 “For 30 years before Pochettino, what would we say about Spurs? Spineless. Gutless. Filthy, stinking, yellow-bellied, lily-livered ladyboys with vaginas where their tiny peckers should be. You’d go to White Hart Lane thinking, ‘We could put 3 or 4 past these skinny, cross-eyed, scum-sucking, prancing little fairies without breaking sweat’. But Pochettino has changed all that.”

“Paul is a virus in the dressing room. Good boys like McTominay and Fellaini breathe in Pogba’s Instagram spores and suddenly half the squad has a high temperature and the shits. I’m no doctorologist, but the only way to deal with a virus is to throw it under a bus.”

“If I say what I want to say, I get fined. So I say nothing about the square-headed, grey-haired hobbity little shitebag.”

Paul Pogba on being unable to comment about his relationship with José Mourinho, December 2018

“This [holding three fingers up]. Do you know what this is, you shower of bastards? 3-0. But it also means three Premierships, which is more than the other 19 spoofers in this league have won put together. So respect me, or I’ll take that fire extinguisher off the wall and smash all your heads in, you Armchair Einstein fucks.”

“Ronaldo, Messi, Mbappé — fuck all them bitches, because there’s a ne