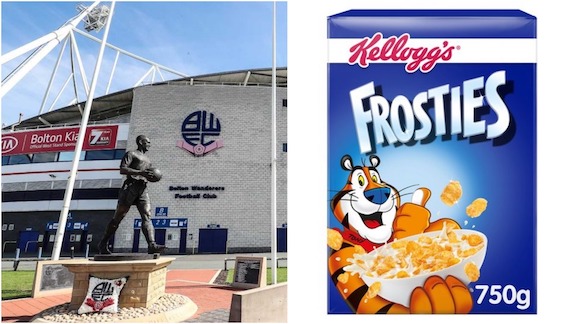 Bolton Wanderers have been renamed Frosties Wanderers following their dramatic rescue from liquidation yesterday evening. Football Ventures LTD completed an 11th hour takeover of the League One club, and have promised further sales of naming rights to recoup their £10 million investment. 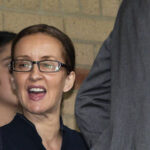 “It’s a good day,” new majority owner Sharon Brittan told Soccer on Sunday. “My message to the fans is, Bolton Wanderers is dead. I killed it with my bare hands, and have reanimated its corpse as Frosties Wanderers. The Bolton history, the medals, if there are any — chuck it all in the nearest wheelie bin. A tasty and nutritious new era begins today.”

“Mmm, mmm, mmm,” said Brittan, picking at a bowl of Frosties for the assembled media and appearing to suppress a gag reflex while swallowing a small number of flakes. “It’s up to our wonderful fans now to make the Tony the Tiger Stadium a fortress. We need the likes of Sunderland thinking, ‘Oh no, we’ve got Frosties at the weekend at the Tony the Tiger. There’s a non-sexual spanking on the horizon.'”