Boris Johnson Praises Fans Who Stuck Flares up Their Arses 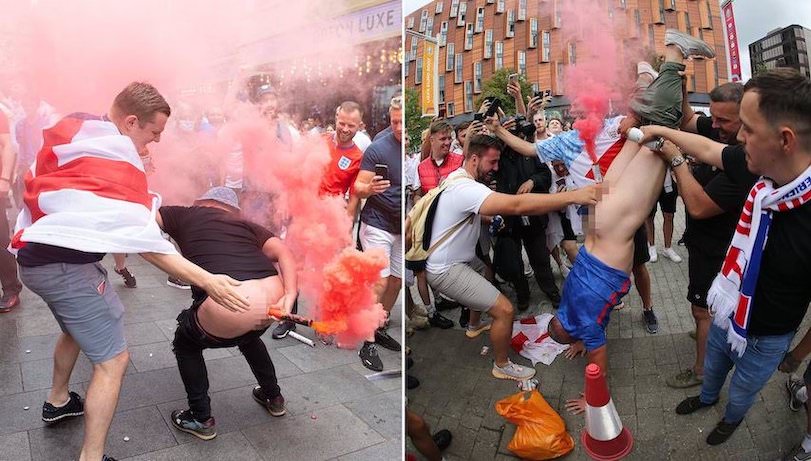 Boris Johnson has praised England fans who inserted lit flares into their rectums in the lead-up to last night’s Euros final. England narrowly lost to Italy on penalties in their first tournament final since 1966.

“Mr Speaker, if I may,” the Prime Minister told the House of Commons. “The England fans who stuck flares up their arses deserve special mention. Maintaining that stiff upper hole as sparks rained down on their buttocks, and into the narrow gaps between the walls of their anus and the flare itself? These young men and their poo factories represent the best of us.”

“The EU tried to ban putting flares up arses,” said the 57 year-old. “But this country has a proud history of inserting fireworks of all sorts into our chocolate highways, so to speak. Churchill himself stuck a sparkler up his arse during his famous ‘We Shall Fight on the Beaches’ speech.”

“The war might not have been won, had the old boy’s anus remained un-penetrated,” he added. “And we’d all be speaking foreign now, or what have you.”