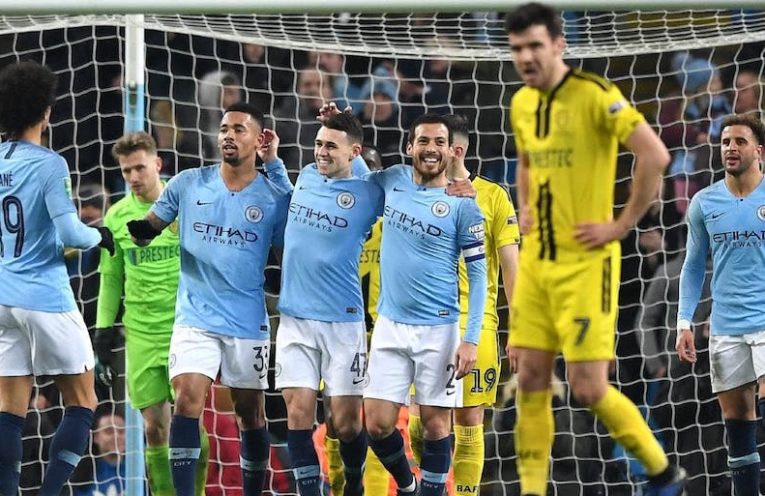 Nigel Clough has insisted that his Burton side did not deserve to lose last night’s League Cup Semi-final clash at The Etihad. Manchester City ran out comfortable 9 – 0 winners, a result that Clough feels was against the run of play. 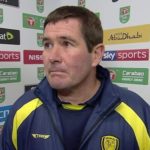 “A draw would have been a fair result,” the former Liverpool midfielder told Soccer on Sunday. “It looked like we might run away with it early doors, but then we’ve been done by a bit of a smash and grab, to be fair. Pep will know he’s gotten the rub of the green nine times. His lot were chasing shadows for most of the game, with the ball.”

“I told the lads to keep it tight after De Bruyne snuck in the 1st,” added Clough. “Then the linesman’s cocked it up for the 2nd. So I got a note onto John Brayford to go three at the back, and Jesus has sucker-punched us while Braysy’s reading the note. So I got word onto Brayford to put things back the way they were, and they’ve snuck in the 4th while Braysy’s clutching his chest having some kind of panic attack.” 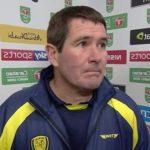 “That’s when I got word onto Braysford that he’s shite at football,” added Clough. “He’s maybe taken the criticism to heart and Jesus has snuck in the 7th while Braysy’s turtled up on the ground screaming that he can’t feel his face.”

“At that point I just told Braysy to believe in himself,” said Clough. “But Walker and Mahrez sneak in the 8th and 9th and get City out of jail. Credit to my lads, they deserved more from the game. I thought John Brayford was superb tonight.”