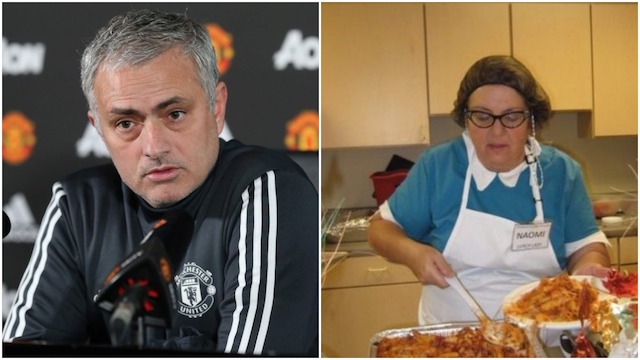 José Mourinho has confirmed that 67 year-old lunch lady Barbara Smith will play as part of a three-man central defence against Arsenal this evening, as the Portuguese manager continues to search for solutions to UTD’s injury crisis. 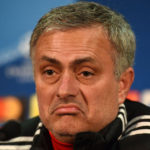 “It was Barbara or Bobby Charlton,” Mourinho told Soccer on Sunday. “Obviously Sir Bobby has fantastic experience, but he is 81 years-old. Barbara is younger, fresher. She can make life difficult for Aubameyang, be a threat at set-pieces in the other half, and perhaps mother Scott McTominay if he needs burping and so forth.”

“Tactics are like a recipe,” added the former Chelsea manager. “And playing football is like cooking a spaghetti bolognese. At least I hope it is, for Barbara’s sake. Because if she fails, she will go under the bus just like any other traitor. I want results — not excuses about hip replacements and pacemakers.” 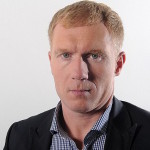 Paul Scholes believes Mourinho could be trying to shine a poor light on UTD’s recruitment policy.

“Barbara Smith?” he told Soccer on Sunday. “That’s a big call. I look down through the list of lunch ladies, and there’s talent. Doris Walker, Carol Murphy, Liz Finch. They’ve all got 10 years on Barbara, and Finch does Zumba every other Sunday. So I can’t understand why he’s gone with Barbara. Aubameyang must be licking his lips, non-sexually.”