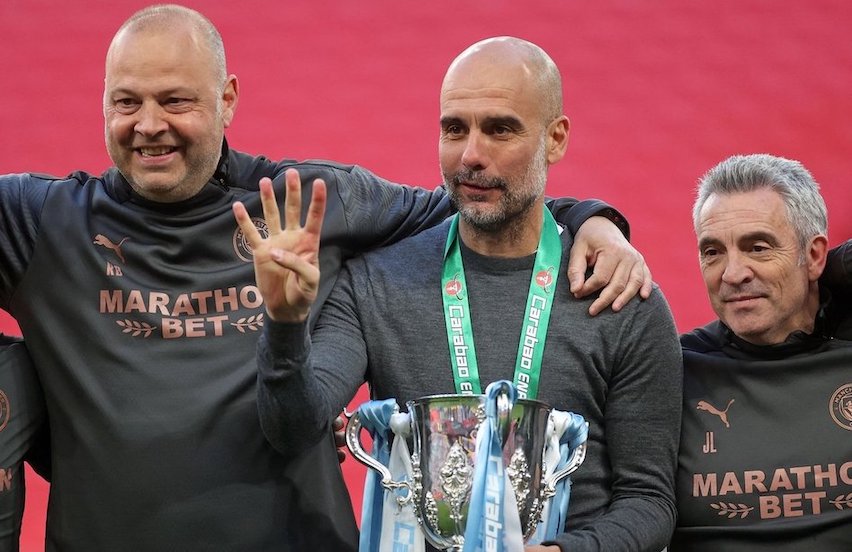 Manchester City have been pre-awarded next season’s Carabao Cup to reduce fixture congestion, the EFL confirmed today. City have won the competition for the last 4 seasons in what is viewed by many as a formality.

“Good,” Pep Guardiola told Soccer on Sunday. “We will tear the arses off everybody if the games are played, so why risk injuries and fatigue? Can you imagine what Haaland would do to these awful teams next season? The arses would be torn off them, no?”

“For me, winning the Carabao Cup is like taking a shit,” said the former Barcelona boss. “Doesn’t excite me, but couldn’t stop doing it even if I wanted to. I throw my medal out the window on the way home from Wembley each year. Means less to me than my Starbucks loyalty card.”

“What the fuck is a Carabao anyway?” added Guardiola. “Some kind of moose?”