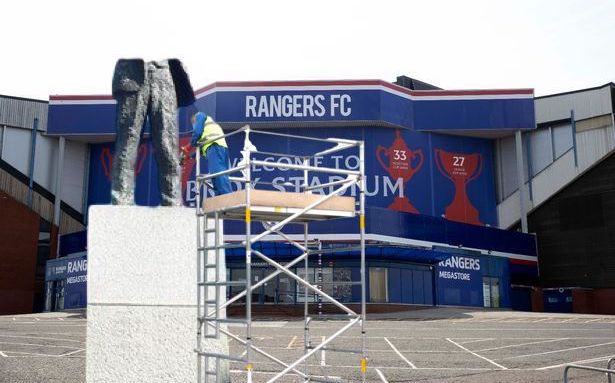 Construction of a Steven Gerrard statue that will eventually reach 52 feet in height began immediately today outside Ibrox. The penis alone is expected to be 7 feet long and weigh more than a tonne.

“It’s a bit rushed,” Gerrard told Soccer on Sunday. “I’m told the statue will probably topple over in a high wind. That’s to be expected when you skip the foundation part. So long as too many people aren’t killed, then you’d probably say it’s worth it.”

“I’m basically a god here now,” said the former Liverpool captain. “I could murder a hobo just to see how it feels, and the bobbies would turn a blind eye so long as they don’t support the hoopy green and white scum.”

“Does anybody know a good local spot for hobos?” added Gerrard. “Can someone check that?”