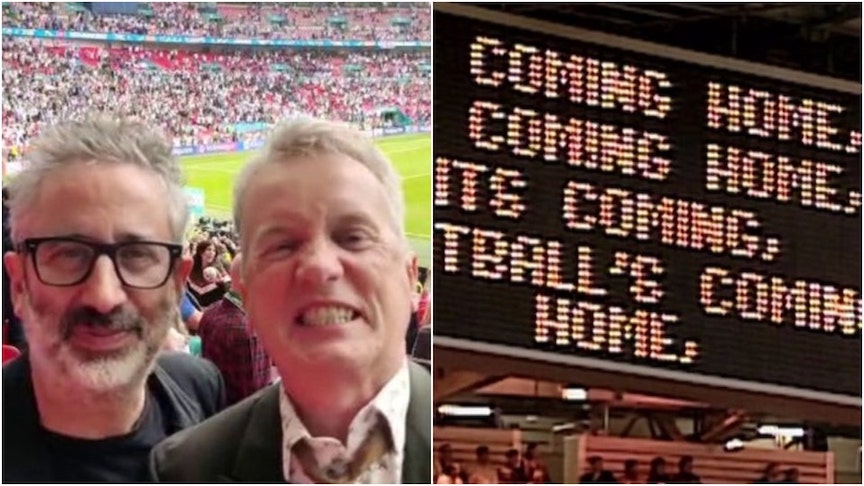 Comedians David Baddiel and Frank Skinner have been jailed for 2 years on charges of fraud following England’s Euros heartbreak yesterday. The pair had falsely promised that football would ‘come home’ for over 25 years.

“Two years is lenient,” Sky Sports pundit Roy Keane told Soccer on Sunday. “I’d hang Skinner and Baddiel, if the PC brigade hadn’t got rid of the death penalty in 1964. Going around telling everybody that football’s coming home, when it isn’t? Hang the boy Skinner early doors in 1996, and it would would have sent a message to Baddiel. Or vice-versa.”

“Listen, fans deserve the truth,” said the Irishman. “Football’s never coming home. Not now, not ever. There’s more chance of me going on Strictly Come Dancing with Alfie Haaland as my sexy lady partner.”