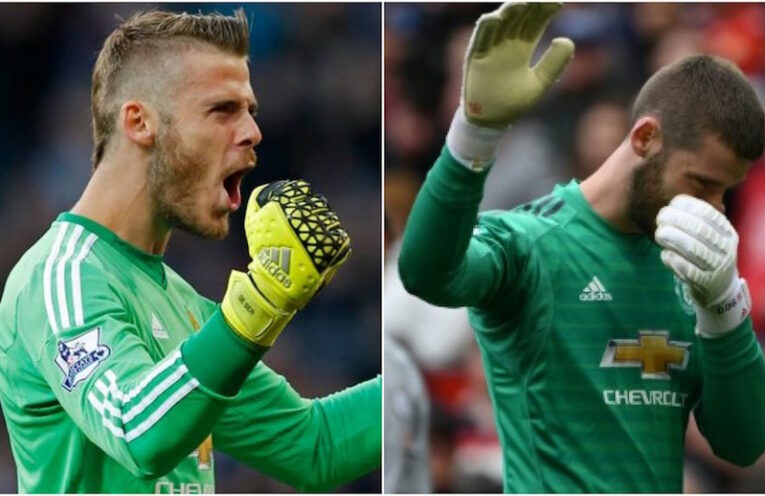 Manchester UTD confirmed this afternoon that David de Gea died in a tragic accident in 2018, and was quietly replaced by lookalike Frank Brown. The Old Trafford club were forced to make the confession following a series of howlers by Brown.

“I’m glad it’s out there,” Ole Gunnar Solskjaer told Soccer on Sunday. “When David was decapitated running the bulls in Toledo, the board decided it would be better to sweep his head under the carpet.”

“That’s a metaphor,” said the former striker. “David’s head is actually in the trophy cabinet, behind the Europa Cup. It’s starting to stink a bit, to be fair. There’s only so much Lynx Africa you can spray on a rotting head.”

“Credit to Frank,” added Solskjaer. “He’s come in without a word of Spanish and been different class. David’s wife and kids only found out today that he’s been dead for years. Frank even had another child with Penelope and nobody was any the wiser. Wonderful commitment.”

Southgate on Nations League: “I Haven’t a Fucking Clue What’s Going On”

“We Can’t Hit a Cow’s Arse With a Banjo,” Admits Ireland Boss