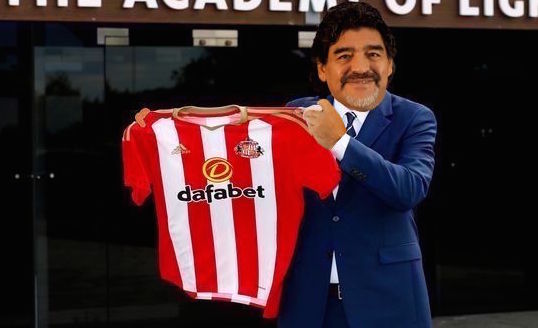 Sunderland confirmed this morning that they have appointed Diego Maradona as manager on a two-year deal. The legendary figure took charge of the Argentinian national side from 2008 until 2010, but has not managed any team since being sacked by United Arab Emirates club side Al-Wasl FC in 2012. 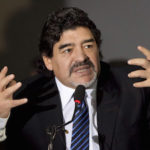 “I’m thrilled to be here, wherever here is,” the World Cup winner told a packed press conference at the Stadium of Light. “Seriously, where is this shit hole? Are we in Scotland? Why is nobody wearing those weird tartan dresses?”

There was an audible chuckle among the assembled press, who appeared to believe Mr Maradona was being light-hearted. But the Argentinian quickly became enraged when his questions went unanswered, pulled a fire extinguisher from a nearby wall, and began spraying individual reporters in the face until Sunderland press officer Mike Perrywinkle managed to wrestle him to the ground.

“You sons of bitches, I’ll kill you all,” the Napoli legend roared at the press as he was carried from the room by several officials. There was a brief commotion along the way as Mr Maradona pinned his legs against either side of the door frame. Several more officials intervened and managed to un-wedge the Sunderland manager as he roared “Scottish dogs” over his shoulder. 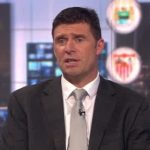 Former Sunderland chairman Niall Quinn believes that Maradona is the right man at the right time for the Black Cats.

“Diego is box office,” the popular Irishman told Soccer on Sunday. “Ok, the press conference was a bit of a disaster. I understand that he clamped down on the buttocks of a St John’s ambulance paramedic before they managed to sedate him. Nobody likes to see a lady paramedic bitten on the hole, but you take the good with the bad when you bring in Diego. You get the passion, but you can’t expect holes to go unbitten.”

“It’s time now for the people of Sunderland to rally around the new manager,” added Quinn. “Job one is to find him. Nobody’s seen him since he woke up from the sedative. There’s reports of an Argentinian wandering around Seaburn stark-bollock naked with a large Doberman Pinscher. Is it Diego? Possibly. He didn’t have a dog when he left the Stadium of Light, but he was naked. It’s a strong line of inquiry.”