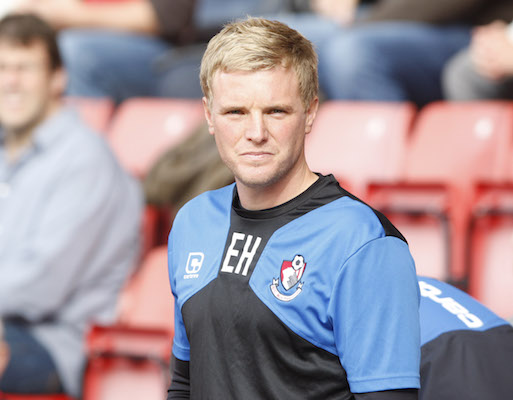 Eddie Howe has admitted that puberty could prove an unwelcome distraction as his side fight for premier league survival. “Obviously I’m excited about becoming an adult,” Howe, 38, told Soccer on Sunday. “But timing-wise it’s not great. My focus needs to be 100% on my team, not learning to shave and fancying girls.” Bournemouth chairman Jeff Mostyn isn’t concerned. “I’m sure Eddie will take the good with the bad,” he told Soccer on Sunday. “He’s riddled with acne at the minute, but at least the players have stopped calling him Ross Kemp Crotch in the shower.” 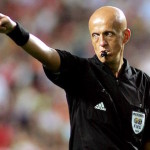 The FA have announced that from 2017, referees will no longer be permitted to use whistles. The decision is likely to increase criticism of the FA and its general resistance to technology, but FA Chairman Greg Dyke is unmoved. “Whistles are tantamount to voodoo,” he told Soccer on Sunday. “Nobody knows how they work, or why. Football needs to get back to basics, and how it was played in biblical times.” Mr Dyke clarified that instead of whistling, referees will throw medium-sized rocks at players to gain their attention. 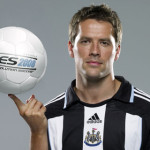 Newcastle legend Michael Owen has been sensationally stripped of all his goals due to an administrative typo. “On the pro form he signed in 1996, Michael is spelt with two ‘L’s,” FA Registrar Karl Butler told Soccer on Sunday. “So we’ve no choice but to wipe his record clean.” With zero goals, Owen now stands as statistically the worst striker of all time, and BT Sports have moved swiftly to terminate their contract with the former England international.