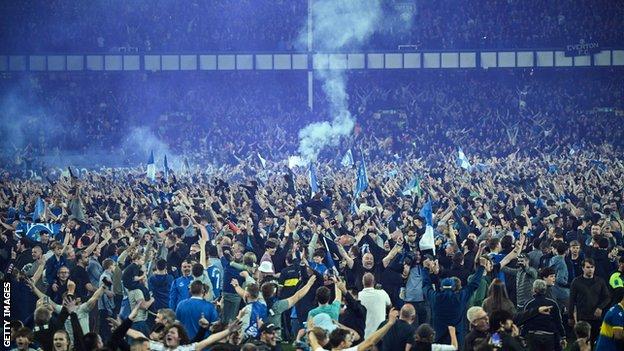 Everton’s top flight survival looks to be on hold after a 2 point penalty was announced by the Premier League. Toffees’ fans invaded the pitch at the 85th minute and again at full-time, in breach of safety guidelines.

“We’ll take it on the chin,” Frank Lampard told Soccer on Sunday. “It’s my job now to track down every single one of our wonderful fans who invaded the pitch, and personally kick the fuck out of them. Because they’ve ruined everything.”

“12th man?” said the 43 year-old. “12th cunt, more like. But we won’t let this huge majority of so-called fans cast a shadow over the tiny minority who behaved impeccably.”

“Viera had the right idea,” added Lampard. “God forgive me, but violence is the only language these Northerners understand.”