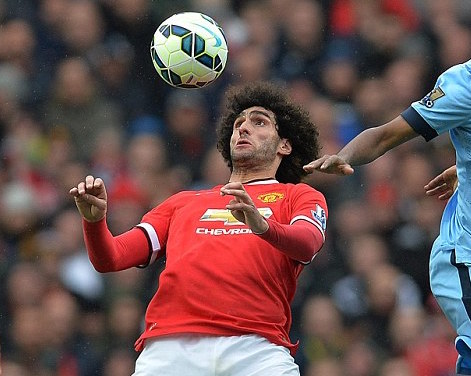 UTD midfielder Marouane Fellaini is neither left nor right footed, according to EA Sports. The Belgian will be listed as Chest Footed in the forthcoming 2017 edition of the popular FIFA video game. “Fellaini’s best foot is his chest,” game designer Alex Bright told Soccer on Sunday. “When we tried to analyse which foot is his strongest, the computer crashed. We had to rent a supercomputer to finish the job, and that’s when we discovered that he is chest footed.” Fellaini has accused the game makers of disrespect. “I am right footed,” he told Soccer on Sunday. “Having a good chest doesn’t mean my feet are just for show. I use them for walking, and occasionally wearing flip-flops. Those are just two examples.” 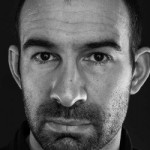 BBC pundit Danny Higginbotham has changed his name to Clint Thunder, in hopes of boosting his flagging media career. “It’s all about image,” Thunder told Soccer on Sunday. “Higginbotham sounds like a cross between a physics particle and an arse. Audiences don’t want to be reminded of buttholes when they’re watching Match of the Day.” Thunder expects his new name to attract more work. “It was the same for Terrence Fannybutt,” he said. “Terry didn’t get a look in until he started calling himself Charlie Nicholas.”

Newcastle legend Michael Owen has thrown his weight behind US presidential candidate Donald Trump. “We’re cut from the same cloth,” Owen told Soccer on Sunday. “Like me, Donald tells it like it is. And we both hate minorities, so he gets my backing all day long.” Trump has thanked the former England striker for his support. “Michael, or ‘Mickey’ as I call him, is a legend,” the controversial property tycoon told Soccer on Sunday. “Some of his views on Mexicans are a little strong for my taste. All that stuff about the streets of Tijuana running red with blood is a little much. But mostly, I respect and agree with Mickey’s views.”