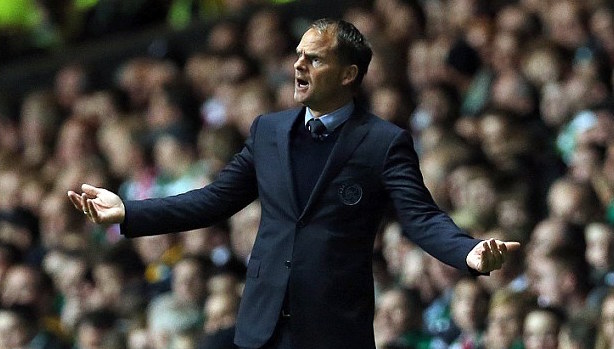 Frank De Boer has been sacked as manager of Crystal Palace after losing all four matches of the new season. In an unusual twist, chairman Steve Parish has announced that Ronald De Boer, former international teammate and identical twin brother of Frank, will assume management duties with immediate effect.

“It’s great to be here,” Ronald told Soccer on Sunday. “And I’m definitely not Frank pretending to be Ronald. Those rumours are nonsense. Just because I’m wearing the same clothes Frank was sacked in and seem to know my way around without being shown, people put two and two together and get four. I’m Frank. I mean Ronald! I’m definitely Ronald De Boer.”

“I’d like to thank Frank for all his hard work,” added Ronald. “And for agreeing to let me stay in his house with his family for the foreseeable future, while he lives in mine. I’m very lucky to have a brother like Ronald. And by Ronald, I mean Frank.”

Despite his disappointment, Frank De Boer wishes his brother Ronald well in the Palace hot seat.

“I know Frank will nail it,” Frank Boer told Soccer on Sunday. “I mean Ronald. I’ve known Ronald since we were a fertilized egg, and if he can’t turn things around, then my name isn’t Ronald De Boer. Which it isn’t. It’s Frank.”