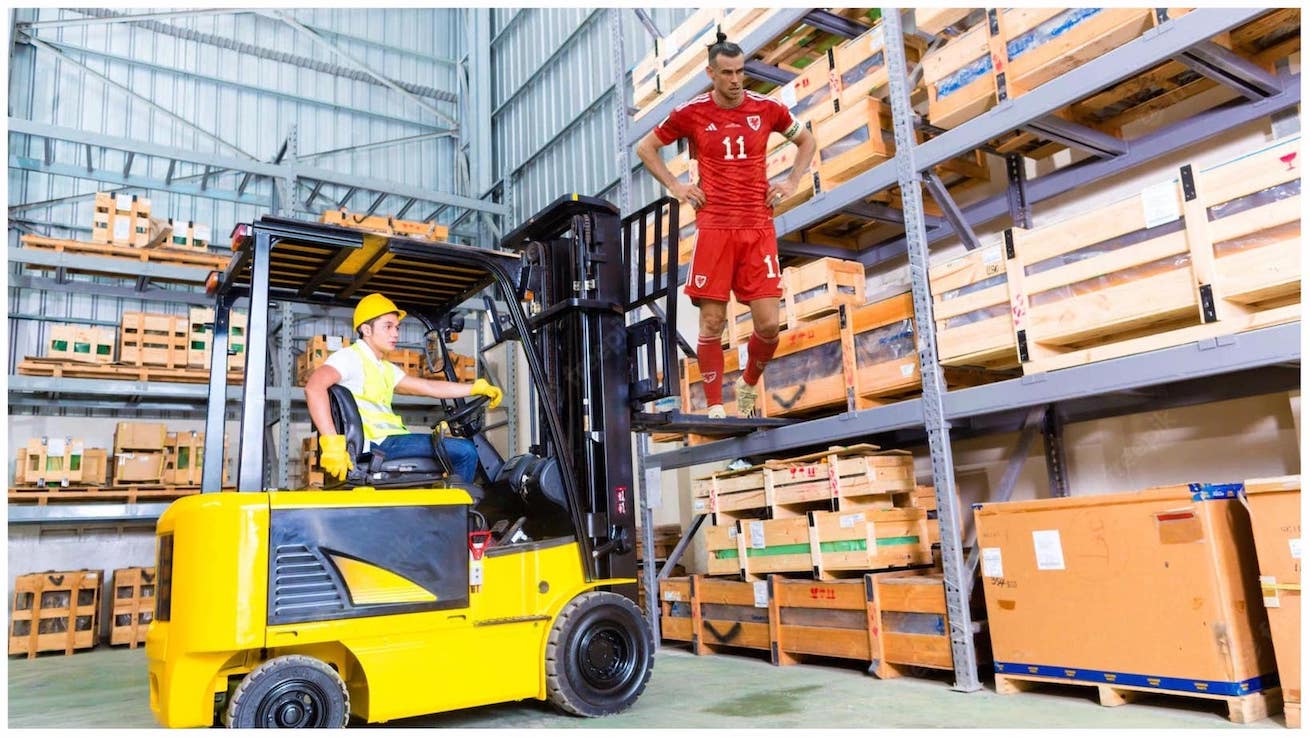 Gareth Bale has been returned to storage following Wales’ elimination from the FIFA World Cup in Qatar. The British team finished bottom of Group B with a single point.

“Yes, we’ve stuck Gareth back in storage,” Wales boss Rob Page told Soccer on Sunday. “Obviously he doesn’t kick a ball between Wales fixtures, so the warehouse is the best place for him. We estimate that he can play well into his 60s, so long as he continues being permanently injured at club level while mysteriously fit for international duty.”

“People criticise Gaz,” said the 48 year-old. “Calling him a golf cunt, and the likes. But how many players can boast more international caps than appearances at club level? That shows tremendous commitment — to his country I mean. If I was employed by his club, I’d be calling him a golf cunt, or some such.”

“Which club is Gaz even employed by these days?” he added. “Can someone check that? They probably call him a golf cunt or some such, behind his back.”