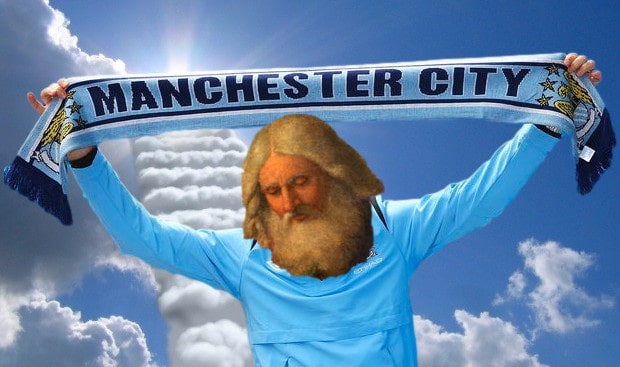 God confirmed yesterday that he is a Manchester City fan, after photos emerged of The Almighty wearing a replica kit of the league leaders. Jürgen Klopp had earlier accused the deity of favouring Pep Guardiola’s side. 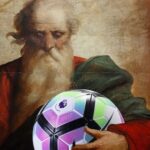 “I’ve never denied being City,” God told Soccer on Sunday. “Up in heaven, I’d be regarded as a bit of a full-kit wanker, to be fair. Judas gives me a bit of stick about it during our 5 asides. It’s well documented that he’s a cunt though, so I tune him out mostly.”

“Love City,” said the creator of the universe. “I named my son after my hero — ‘Jesus’ is Aramaic for ‘Shaun Goater’. But that doesn’t mean I’m throwing sneaky miracles City’s way. Ok, I moved the post a few inches for Aguero’s goal in 2012, but I mostly stay out of things.”

“Although I’d be lying if I said I didn’t have a hand in Sanchez signing for the red scum,” added God.