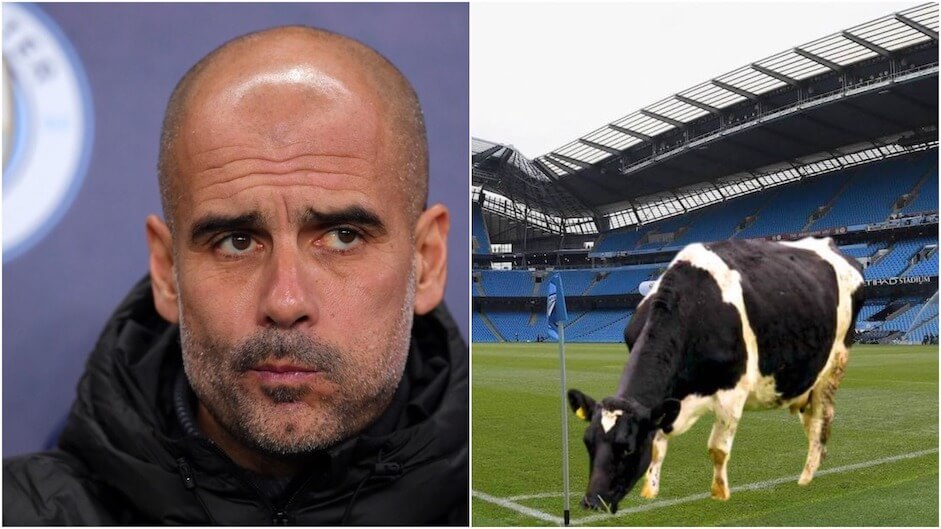 Pep Guardiola has slammed the City hierarchy for allowing cows to graze upon the Etihad pitch between matches. The Catalan has compared the playing surface unfavourably to those of rival clubs.

“The cows are a problem,” Guardiola told Soccer on Sunday. “There’s hoof marks all over the pitch, and Sergio slipped in cow shit against West Brom and was out for 2 months. I appreciate that cows need somewhere to graze, but why here? This is not a farm. It’s a football club, no?”

“It’s not just the cows,” said the 50 year old. “40 head of sheep and a dozen pigs have no business on a football pitch. His Highness Sheikh Mansour must decide if he is a football club owner or Farmer fucking Brown.”

“Don’t tell him I said that,” added Guardiola. “He can be a bit decapitatey.”