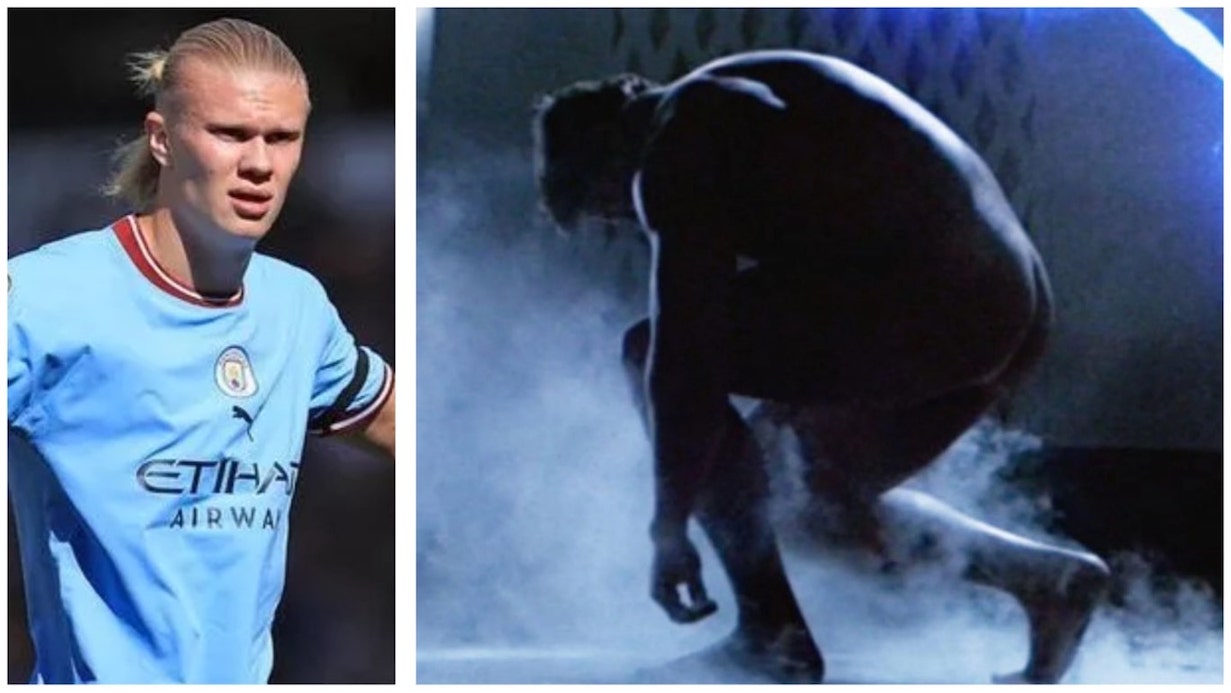 Erling Haaland has angrily denied reports that he is a humanoid ‘Goalbot’ sent from a future of sophisticated robots. The giant striker scored his third consecutive hat-trick at home in City’s demolition of UTD on Sunday.

“No, it’s untrue,” Haaland told Soccer on Sunday. “People look at the fact I have a USB port where my bellybutton should be and that my penis is a charging cable, and they jump to conclusions. Is it just opponents being jealous? I dare say it is.”

“Where’s the proof?” said the 22 year-old. “If one photo of someone spraying WD-40 into the crack of their arse is evidence they are an android, then DOES NOT COMPUTE. Sorry, not sure what happened there. I meant to say that the world has gone mad.”