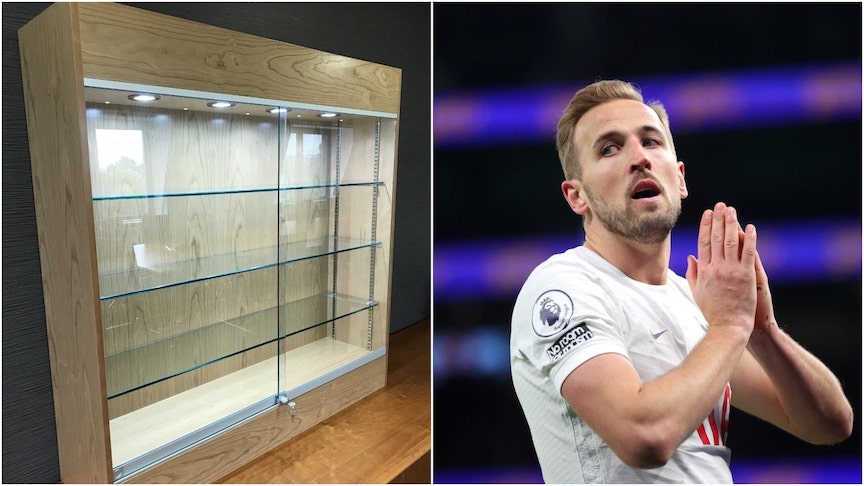 “Obviously I can’t discuss individual cases,” said Samaritans spokesman Des Doherty. “But I can confirm that the trophy cabinet of a well-known England international rang us after Wednesday’s match between Spurs and Chelsea. The cabinet was in an agitated state and we were concerned for its wellbeing.”

“There’s not always a happy ending,” Doherty told Soccer on Sunday. “Matt Le Tissier’s cabinet hurled itself into a wood chipper back in 2002. I just hope we can do more for the cabinet that rang on Wednesday. It has suffered so, so much already.”

“I can neither confirm or deny,” he added, when pressed on whether Harry Kane is the cabinet’s owner. “But I will say that we’ve had to create a dedicated number, just for calls from the cabinets of Spurs players. It’s heartbreaking.”