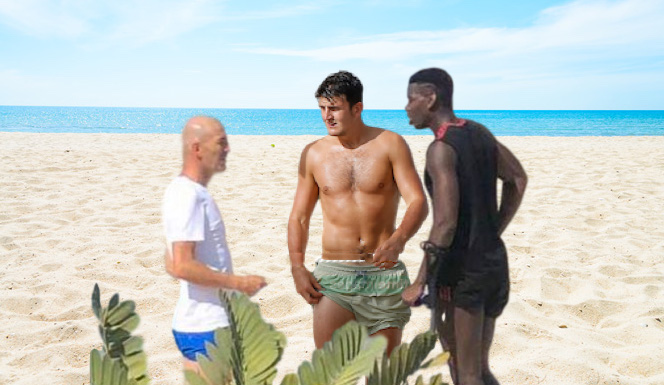 Zinedine Zidane has confirmed that Real Madrid are lining up a £250 million double-swoop for Paul Pogba and Harry Maguire. Zidane was spotted on a Dubai beach with fellow countryman Pogba, before later being snapped alongside both Manchester UTD stars. 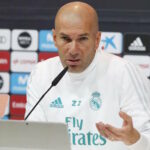 “It was a chance thing,” Zidane told Soccer on Sunday. “There I was minding my own business tapping up Paul when Harry walked by. ‘Is that Harry Maguire?’, I asked Paul. ‘Could you introduce me so that I can tap him up too?’ Flash forward five minutes and I’m tapping the fuck out of both of them behind Manchester UTD’s back.”

“I would like to apologise to Mr Solskajer,” said the World Cup winner. “For absolutely nothing, as the sex monster Conor McGregor might say. If you let your stars roam free in a place like Dubai, I will tap the ever-loving shit out of them. Over and over again, I’ll tap their brains out. You’ve been warned.”

“And tell that crap winger to stop WhatsApping me,” added Zidane. “I don’t appreciate being reverse-tapped. Whatshisface. Joey Lingard.”