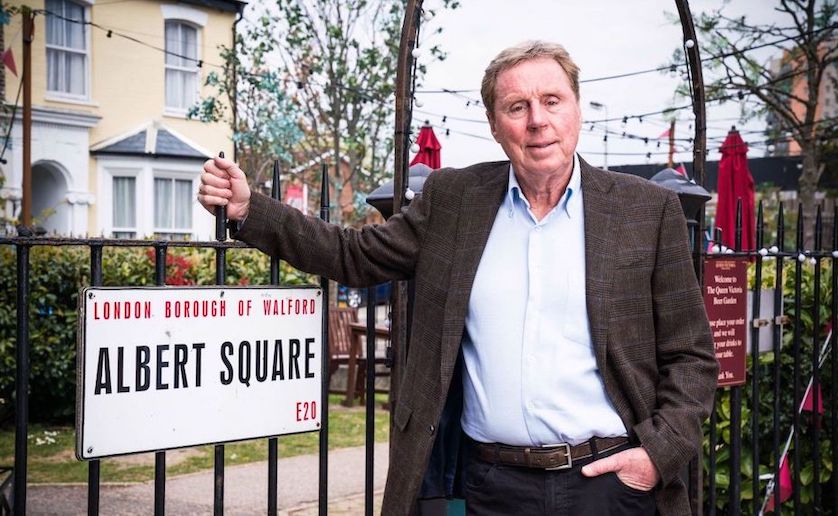 Harry Redknapp’s forthcoming Eastenders storyline will culminate in the beheading of longstanding character Ian Beale, the BBC confirmed today. The retired football manager will portray a fictional version of himself.

“I’m over the wooden spoon,” Redknapp told Soccer on Sunday. “To behead an iconic character like Ian is obviously a dream come true. Filming the scene was challenging — the knife got away from me and I accidentally severed the lad’s carotid artery. Production was shut down for a week. I haven’t seen that much blood since Terry Butcher, to be fair.”

“No, this is only the beginning,” said the 74 year-old when asked if his acting appearance is a ‘one off’. “The producers of Coronation Street have offered me an exciting part as a drifter who ultimately beheads Ken Barlow. With my Eastenders experience, I feel I could bring a lot to that role”.

“I’m coming for you Barlow,” joked Redknapp, spending several minutes miming the severing and holding aloft of a human head.