Hasenhüttl: “A Draw Would Have Been a Fair Result” 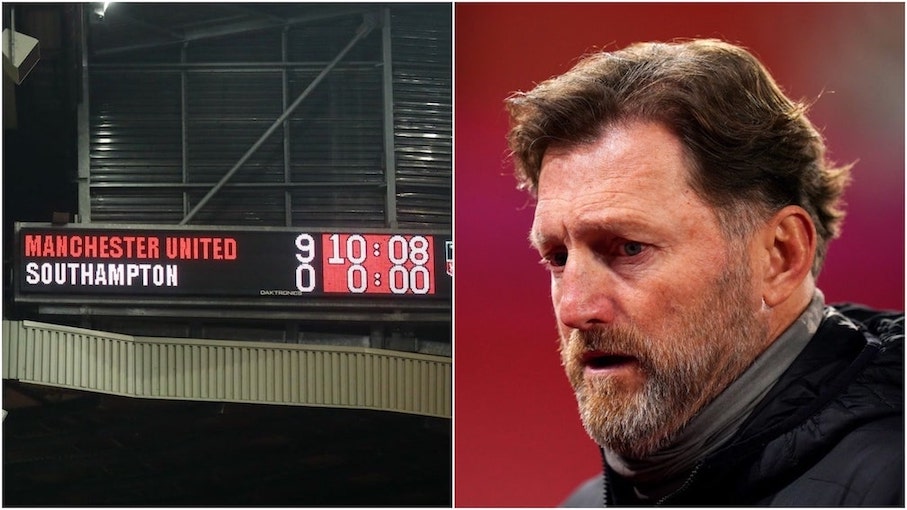 Ralph Hasenhüttl has insisted that his side did not deserve to lose against Manchester UTD at Old Trafford last night. It is the second time in two seasons that Southampton have suffered a record-equalling 9 – 0 loss.

“A draw would have been a fair result,” Hasenhüttl told Soccer on Sunday. “The game was tight, but we’ve switched off 9 times. You can’t afford to switch off 9 times at this level — you’ll get punished. Probably 9 times.”

“Even at 5 nil I felt we were in control,” said the Austrian. “But then they’ve gotten the rub of the green 4 more times and taken the wind out of our sails. I don’t like the term ‘smash and grab’, but I think Ole will know on another day it could have been 9 the other way. As I say, you need that luck.”

“I’m so proud of the boys,” he added. “They fought like lions to keep out the 10th. Same as last season.”