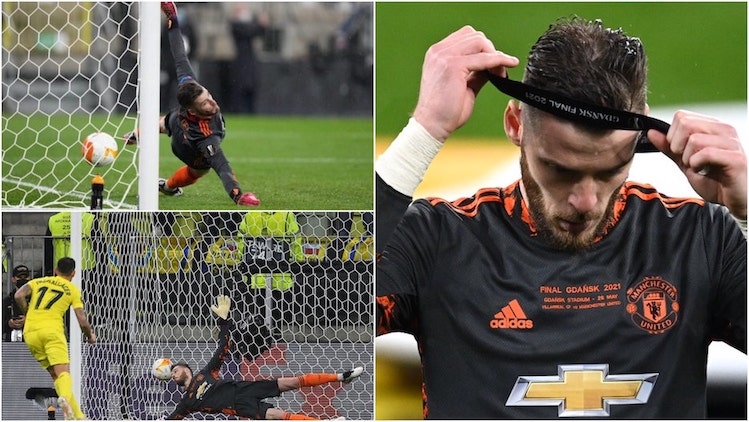 David de Gea has admitted that he did not practice saving penalties in the build up to UTD’s shoot-out failure against Villarreal. The Spaniard failed to stop any of 11 spot-kicks before himself missing the decider.

“I did mean to practice them,” he told Soccer on Sunday. “Just slipped my mind. On the flight over I had this niggly feeling I’d left the iron plugged in, or forgotten something. It was like that scene from ‘Home Alone’, except when I sat bolt upright, I screamed ‘Penalties!’ instead of ‘Kevin!'”

“Not to worry,” said the 30 year-old. “It’s like I told the boys in the dressing room after. ‘Chillax amigos, it’s only a game.’ Scott McTominay headbutted me unconscious, so maybe he doesn’t agree. I don’t know — you’d have to ask Scotty why he did that.”

“Still think I might have left the iron plugged in,” added de Gea. “It’s niggling at me.”