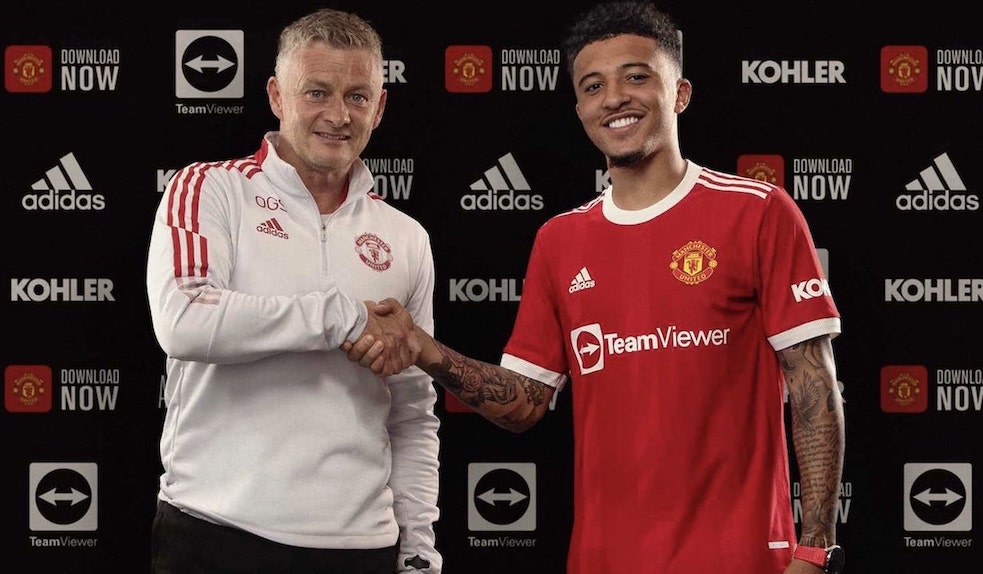 Manchester UTD have confirmed that £73 million signing Jadon Sancho has been ruled out for the season. The 21 year-old suffered a freak accident during his unveiling at Old Trafford.

“It was just one of those things,” Ole Gunnar Solskjaer told Soccer on Sunday. “Phil Jones was reversing his car into a space outside and unfortunately he’s gone over Jadon’s foot. 6 broken metatarsals, which is strange, because there’s only supposed to be 5. That’s one for the doctors to figure out.”

“We’re all gutted,” said the Norwegian. “Not just about Jadon, but finding out that Phil is still at the club. I could have sworn we offloaded him to someone shit like Stoke, or Spurs. Losing Jadon and finding Phil feels like going from 1 – 0 up to 2 – 1 down. I’m fuming.”

“They say bad things come in threes,” he added. “Fred will probably sign a new contract now, with our luck.”