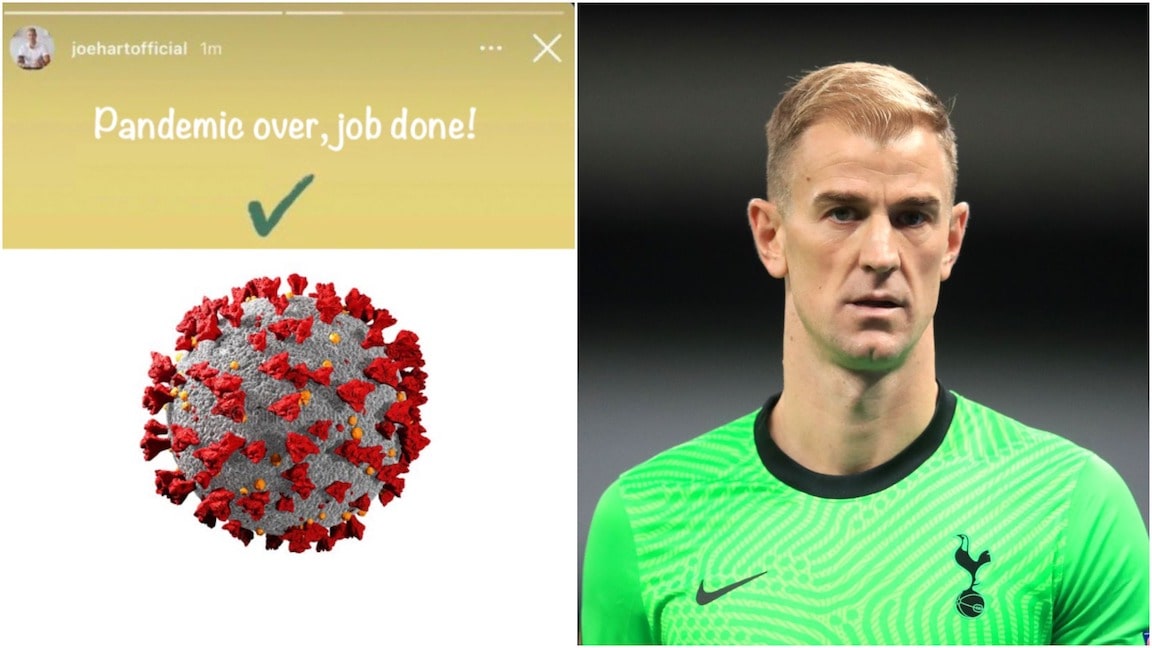 Joe Hart has apologised after a post from his official Instagram account wrongly declared the Covid-19 pandemic finished. The former England goalkeeper has blamed his social media team for the error.

“I can only apologise,” Hart told Soccer on Sunday. “A member of my staff mistakenly thought the pandemic was finished because he saw a man without a mask in Sainsbury’s. Unfortunately, instead of ringing the WHO to confirm, he made a second mistake in accidentally ringing the band The Who.”

“It snowballed from there,” said the 33 year-old. “Roger Daltrey answered the phone and agreed the maskless man in Sainsbury’s probably meant Covid had thrown in the towel. I want to assure everybody that I physically assaulted my staff member for the mistake. Although it turns out that he’s a former kickboxing champion, and he’s beaten me unconscious and urinated on my head.”

“As I say, we’ll learn from this,” added Harte.