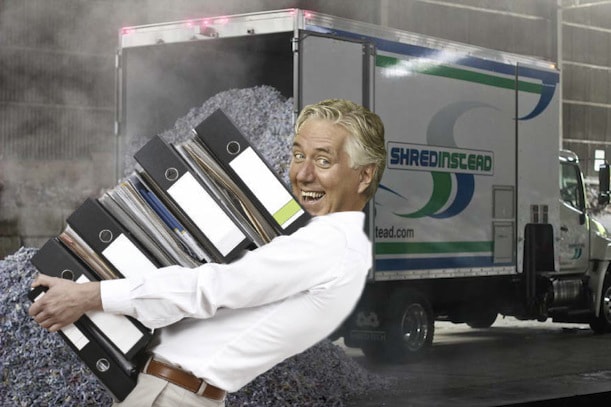 John Delaney has vowed to finish shredding evidence of criminal wrongdoing by Monday at the latest. The controversial Irish football CEO announced his resignation on Saturday in the midst of financial irregularities. 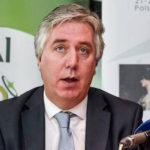 “The shredding is 80% complete,” Delaney told Soccer on Sunday. “Most of the jail-worthy stuff is gone. We’re down to piddly invoices for asian transexual midget prostitutes and that sort of thing. Creepy but not illegal. If I pull a shredding all-nighter, by tomorrow there’ll be no proof that I ever worked for the FAI. And I’ll sue anybody who claims I did.”

“FAI?” added Delaney. “Never heard of them. Is that the Falafel Association of Iraq?”

Delaney admits that he was shocked when the FAI offered him a newly-created ‘Executive Vice President’ role.

“I told them I don’t know anything about Falafels,” said Delaney. “But they explained that the FAI is a football body. I’d never heard of football, but according to the dictionary it’s a sport — like gaelic, but without the violence and the cousin marrying.”

“I’m honoured to accept this role,” added Delaney. “The people of Ireland can count on me for the vague, wishy-washy, madey-uppy things that an Executive Vice President does. And I am humbled by the €300k base salary, not to mention the wink-wink, how’s-your-father other bits’n’bobs. It’s no more than I deserve.”