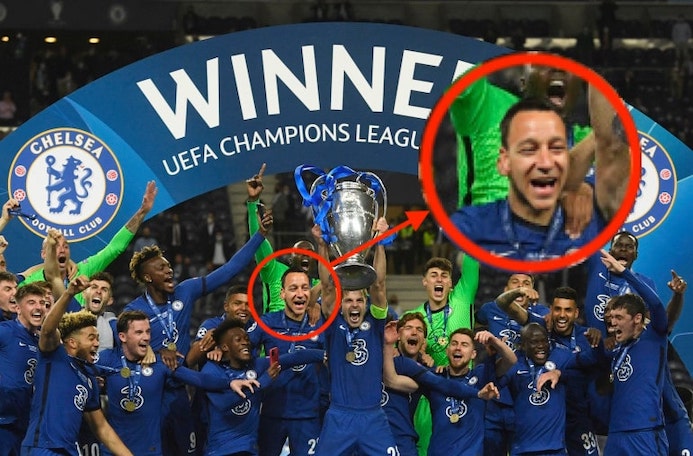 John Terry has been criticised for crashing Chelsea’s Champions League trophy lifting ceremony at the Estadio do Dragao in Porto last night. Eagle-eyed viewers spotted the former captain in full club kit among the winning players.

“It’s no more than I deserve,” Terry told Soccer on Sunday. “People might say, ‘What’s it got to do with you John? You retired in 2018, you sleazy cunt?’ But those people are just ignorant. All the club’s success is thanks to me, and maybe at a stretch Lamps.”

“Maybe some of the players didn’t want me on the pitch,” said the 40 year-old. “But it was either that or in the player’s lounge with the wives and girlfriends. And believe me, you don’t want me in there. That’s like letting a fox into a henhouse. I’d fucking clean up in there.”

“Seriously, keep those WAGs away,” he added. “If they get within a 100 meter radius of me, I can’t be held responsible.”