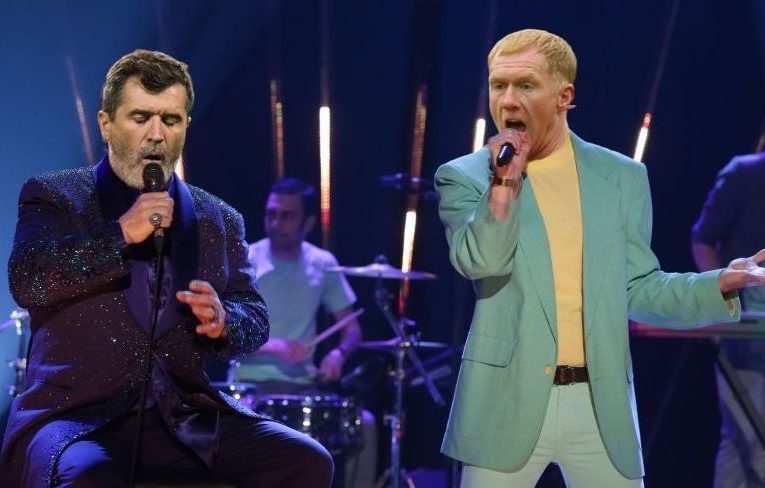 The long-awaited Christmas single by former teammates Roy Keane and Paul Scholes has been branded ‘transphobic’ by LGBT spokespeople in Britain and Ireland. Several radio and TV stations are refusing to play ‘All Credit to Santa’, the title track from the pair’s forthcoming album ‘K-Scho in Da House’. 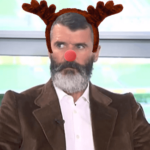 “Usual nonsense,” Keane told Soccer on Sunday from the set of the song’s video shoot. “You rhyme Arsène Wenger with Caitlyn Jenner and the world loses its mind. There’s a whole verse about hacksawing off José Mourinho’s head and planting it on top of the Christmas tree, but nobody says that’s Portuguesephobic.”

“It was a different time, when we wrote the song,” added the former Manchester UTD captain. “You’re talking early 2018. Back then playing ‘Fairytale of New York’ wasn’t a hate crime, and ‘Baby it’s Cold Outside’ was regarded as a cautionary tale about bad weather.”

Warning: some readers may find the following lyrics offensive

All Credit to Santa

It’s that time of year, the trees are lit, and the sound of sleigh bells ring strong,

If I find the sleigh making all that noise, I’ll slit the throat of every reindeer tied on,

But Christmas is a time of joy and gifts, and there’s also some stuff about Jesus,

But all credit to Santa Claus, he never fails to perform,

With near-fatal colesterol he gives 100%, in rain and snow and storm,

More chance of seeing a standing wee, from your woman Caitlyn Jenner