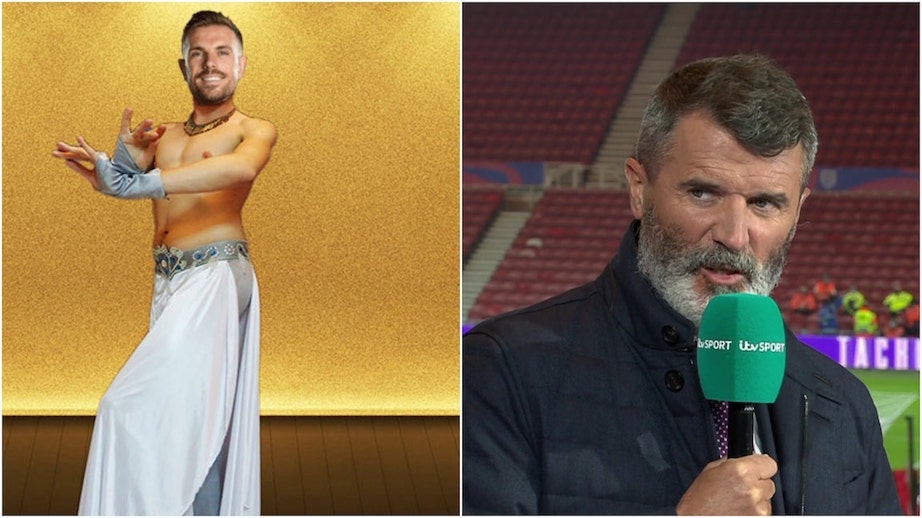 Roy Keane has slammed the ‘Egyptian Belly Dance’ that Jordan Henderson performed for the England squad at their Euros base. The Irishman questions why an unfit Henderson is being retained by Gareth Southgate.

“Nonsense,” Keane told Soccer on Sunday. “The lad’s belly dancing, he’s fire eating, he’s doing mime shows. Is he a professional footballer or a Bruce Forsyth impersonator? A few of the senior players have to get a hold of Gareth and say, ‘Either Jordan goes, or we’ll beat you and him to a pulp.'”

“I’d say leave belly dancing to the professionals,” added Keane. “Like Amar Gamal and Amera Eid. Samia Gamal would turn in her gave if she saw Henderson gyrating around the place half-naked.”