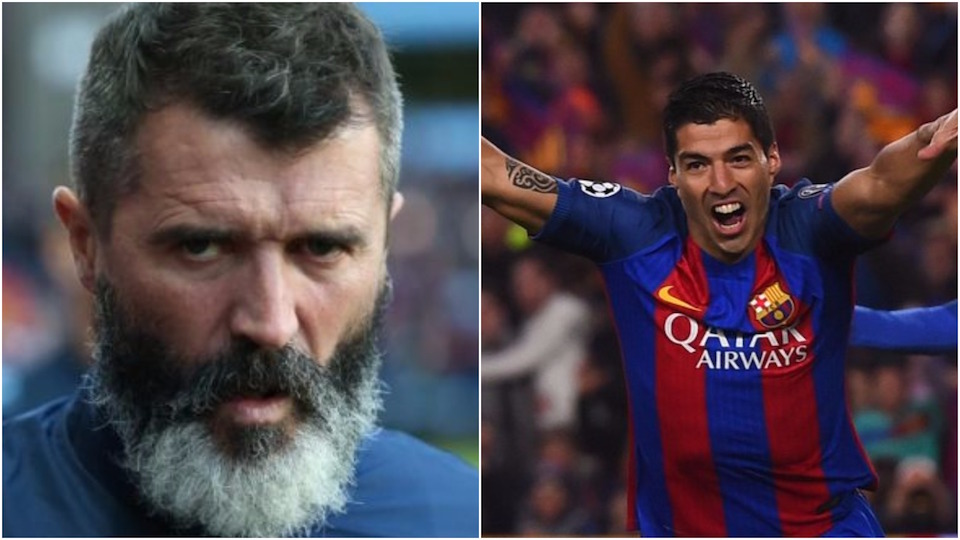 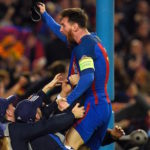 All credit to Barcelona — winning 6 – 1 to qualify for the Champions League Quarter-finals is not too shabby. But questions have to be asked of the bottling French shitebags. I hear the PSG players were physically attacked by fans at Bourget Airport. Ordinarily I don’t condone violence, but hanging would be too good for this particular squad of yellow-bellied frogs-leg eating pox bottles 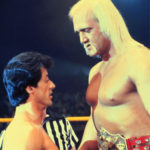 The Italian Stallion showed great courage to retain his WBC Championship belt when he fought mandatory challenger Thunderlips in 1982. I don’t like to criticise referees, but I felt Tony Patterson was poor on the night. Early in the first round Thunderlips picked Rocky up over his head and flung him out of the ring. Balboa could have been killed, but Patterson didn’t even deduct a point. Rocky eventually got his second wind and gritted out a points win, and Thunderlips went on to carve out a wrestling career for himself under the name André the Giant 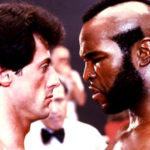 I’ve gone with the boy Rocky again, and his epic rematch with fearsome bruiser Clubber Lang. Rocky’s trainer and Alex Ferguson-lookalike Mickey Goldwill died 3 minutes before the first bout, which could explain the highly disturbing beating Lang managed to put on Balboa. The rematch looked like it was heading down a similar road, but around the halfway mark, ringside mics picked up Rocky repeatedly telling Lang ‘you ain’t so bad’. The Italian Stallion got his second wind and handed Lang a beating so disturbing that everybody involved should have been jailed for reckless endangerment 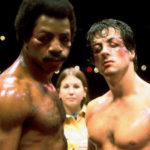 It’s hard to look past the boy Rocky again, and his epic rematch with longtime champion Apollo Creed — a classic bout of boxer vs brawler. During the fight, Rocky showed some of the defensive holes in his game that would dog his career. It’s well documented that Rocky remains the only boxer on record to have never blocked a single punch, although he himself doesn’t see it that way. “Why block with my hands when I can block with my brain?” he famously told Michael Parkinson in 1984, before suffering a seizure live on-air. But the style bamboozled Creed, who despite beating Balboa almost to death early doors, was himself beaten almost to death when The Italian Stallion got his second wind. Another highly disturbing bout that should have resulted in jail sentences for everybody involved 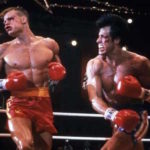 I’ve had to go with the boy Rocky again. Peter Schmeichel-lookalike and steroid-guzzling lanky pile of blonde shite Ivan Drago went into his bout with Balboa as a heavy favourite, having beaten Rocky’s then-trainer Apollo Creed to death in front of his own wife three months earlier. I don’t like to criticise referees, but I felt Pat Murphy could have stepped in when Apollo was almost dead, instead of when he was dead. So when Murphy was also handed the Rocky vs Drago fight, I was worried. With good reason it turned out, as Drago handed a highly disturbing beating to The Italian Stallion early doors. But after letting Drago punch himself out, Rocky got his second wind and handed a deeply disturbing beating to the exhausted Russian. It goes without saying, but everyone involved should have been jailed