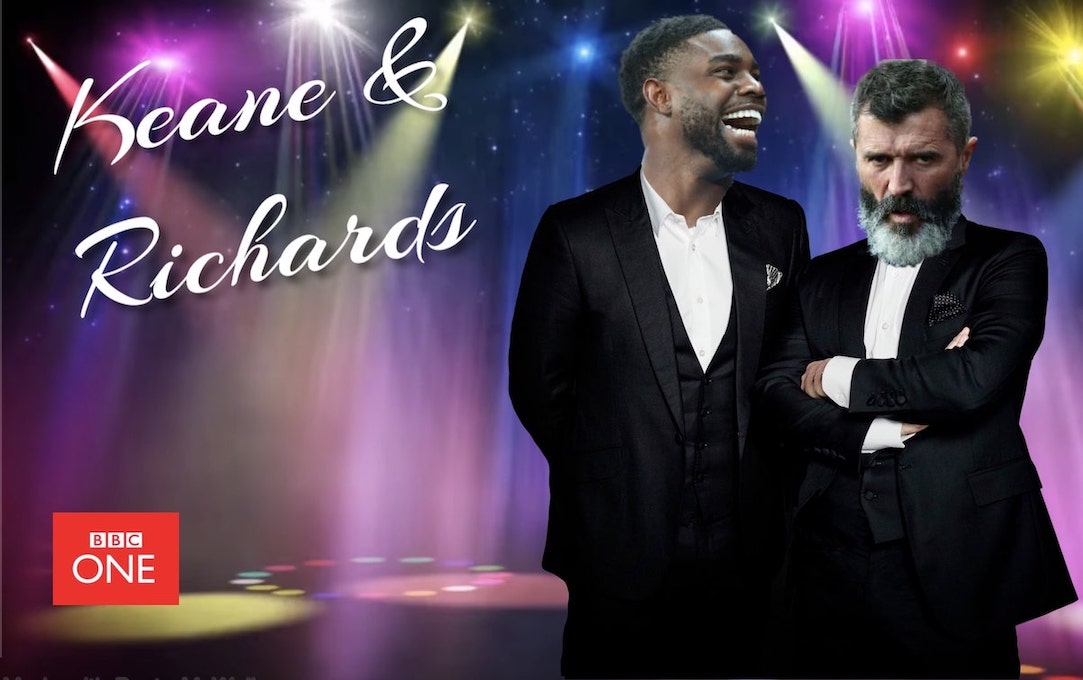 ‘Keane & Richards’, the Saturday variety show presented by Roy Keane and Micah Richards, has been cancelled after its first broadcast. Keane in particular was criticised for assaulting several audience members.

“Nonsense,” Keane told Soccer on Sunday. “One or two were sniggering during our raunchy duet of ‘Hit Me Baby One More Time’ by the girl Spears, so I lunged into the audience and bate lumps out of them. Maybe Ant and Dec would handle it differently, but this is the BBC — you have to be ruthless at this level.”

“People sniggering?” said the 49 year-old. “Just because Micah and myself are dressed as schoolgirls and twerking around a stage? Well, they’re not laughing now, believe me. One or two needed the house lights brought up to find their teeth.”

“They’ll think twice before they snigger again,” added Keane, as members of London Metropolitan Police handcuffed him and made him aware of his legal rights.