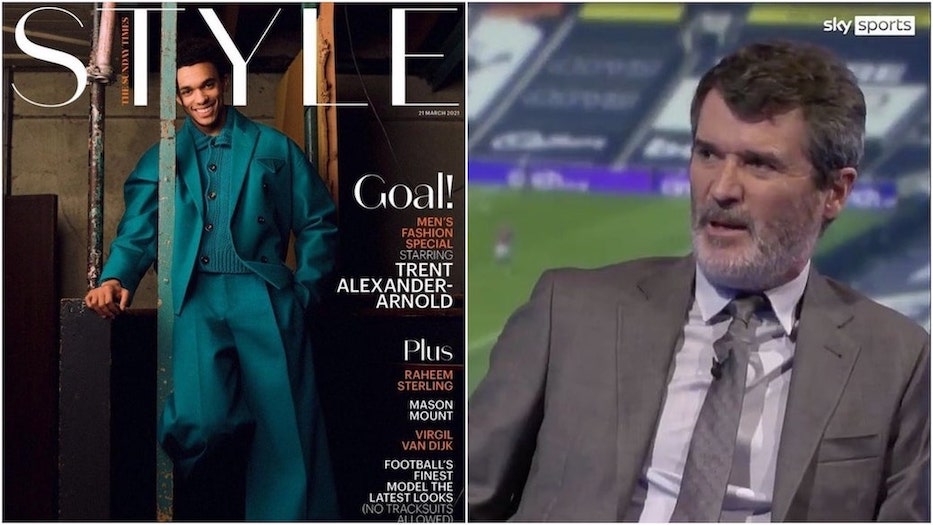 Roy Keane has launched a fierce broadside towards Trent Alexander-Arnold and his recent Sunday Times fashion shoot. The defender was omitted from an England squad during the same week as the shoot’s publication.

“Nonsense,” Keane told Soccer on Sunday. “Listen, I’m partial to a pair of flares myself. But you could smuggle a family of refugees into the country up the leg of those things. The lad’s dressed like a pimp. He needs to decide what’s more important — winning football matches, or managing his stable of bitches.”

“I’m flabbergasted,” said the Irishman. “Henderson and some of the senior players need to hold the lad down and cut those trousers off him with a good scissors. And if what’s underneath is anything other than Primark Y-Fronts, keep cutting.”

“Just be careful to stop cutting when you reach the genitals,” added Keane. “It’s important not to castrate the lad, legal-wise.”