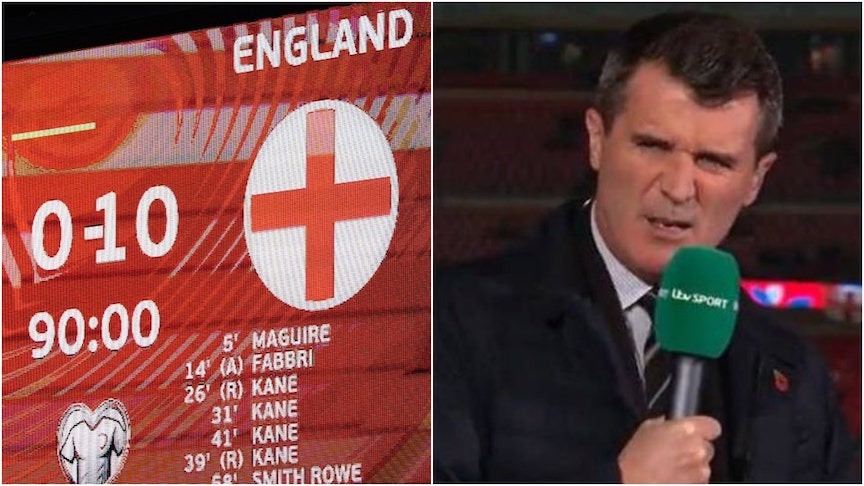 Roy Keane has slammed England’s performance in their 10 – 0 World Cup qualification trashing of San Marino. The Irishman was scathing of what he believes is an attacking toothlessness.

“Wasteful,” he told Soccer on Sunday. “People getting carried away with the 10 goals, but what about the 50 misses? If San Marino had the rub of the green, it could have been tight. Maybe the job’s too big for Gareth, if San Marino are running him this close.”

“Embarrassing,” said the former midfielder. “I’d have Kane up against a wall by the throat if I was Gareth, asking why he’s not bagged a double hat-trick. He’s scored the 4 and then coasted, like a Bertie Big Bollocks. Disgraceful.”

“I’d thump the head off that Maguire lad too,” he added. “Thinks he’s Ronaldo now, just because he’s scoring a goal a game. Spoofer.”