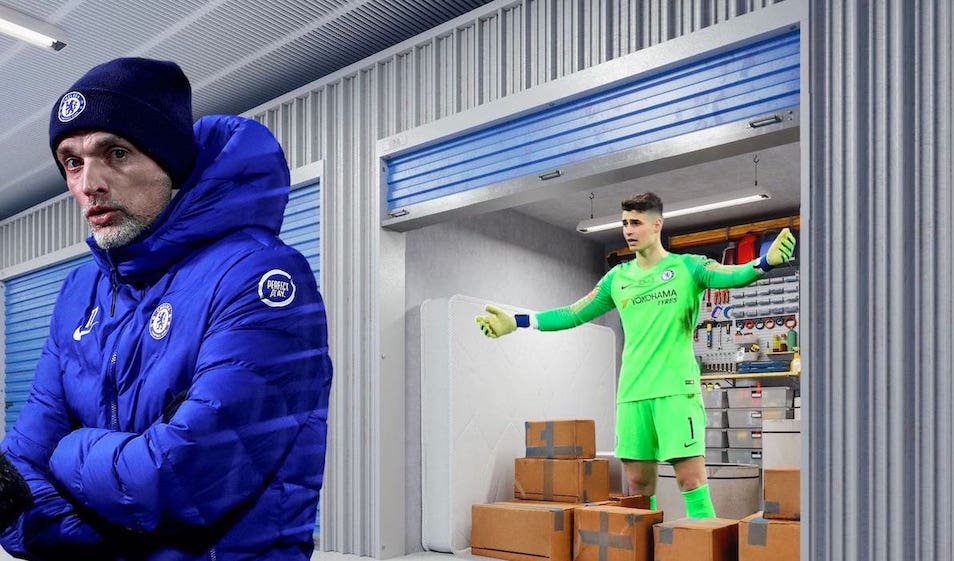 Kepa Arrizabalaga has been returned to a ‘Storage King’ facility outside London following his heroics in last night’s Super Cup. The keeper replaced regular starter Édouard Mendy in the final minute for his penalty-saving prowess.

“I’m delighted with the win,” Thomas Tuchel told Soccer on Sunday. “Kepa wanted to celebrate with the boys, but we needed to fuck him back into storage before training. Obviously he resisted — this is why my staff carry tasers. Two or three shocks and he was much calmer.”

“Yes,” said the German, when asked if the storage facility is liveable. “He has a bucket for shitting in and a separate bucket for pissing. There is a third bucket with drinking water. So long as Kepa does not confuse the buckets in the dark, everything is fine.”

“Unfortunately, there have been several incidents of confusion,” he added.