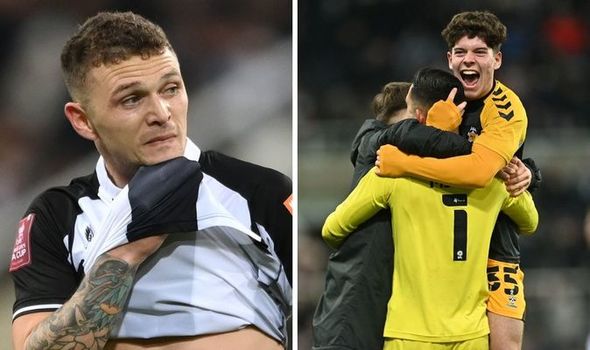 Kieran Trippier has reportedly submitted a transfer request after Newcastle’s embarrassing FA Cup third round defeat to Cambridge UTD. The England international only signed from Atlético Madrid a day previous.

“It’s time for a new challenge,” Trippier told Soccer on Sunday. “I’ve thoroughly enjoyed my 24 hours with Newcastle. My teammates, most of whom I’ve never spoken to, have been different class. But I feel now is a good time to test myself in a team that isn’t shit at football.”

“I’d like to thank the fans,” said the 31 year-old. “They sort of half got behind me that one time. It’s something I won’t forget, although if I’m honest, I’m struggling to remember it even now. So realistically, I will forget it. And that’s assuming I haven’t already. What was the question again?”

“Go out and start the car,” muttered Trippier to his agent.