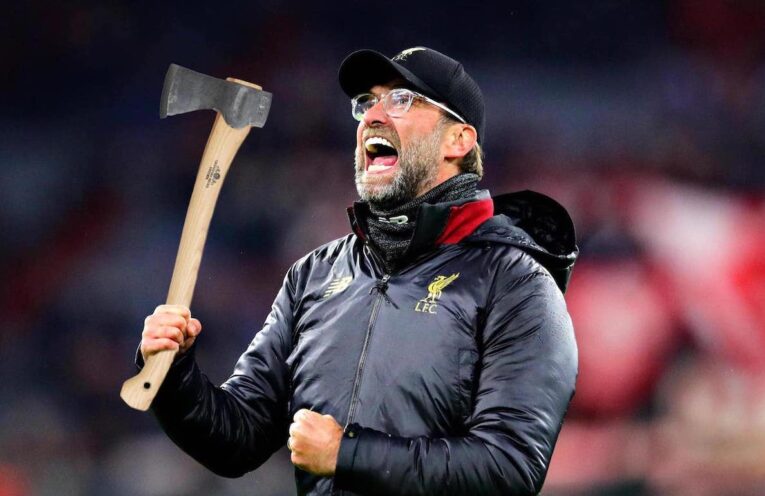 Jürgen Klopp has amputated the hands of his first team squad with an axe in an effort to avoid harsh new interpretations of the handball law. The PFA have criticised the move as excessive.

“Nobody wants to chop off hands,” Klopp told Soccer on Sunday. “That’s never cool. But with VAR and handball these days, we need solutions. So I asked the boys to line up and I chopped off their hands. A few weren’t happy, but Milly offered to chop off his own hands, and his feet. That’s Milly for you.”

“We will learn from this,” said the German. “Obviously chopping off Alisson’s hands was a mistake. Probably I didn’t think that through. But all 60 hands have been donated to the Royal Liverpool University Hospital. How we ended up with 29 lefts and 31 rights is anyone’s guess at this point. We might never answer that one, to be honest.”

“Can someone hand me that axe and send in the Under 23s please?” added Klopp.