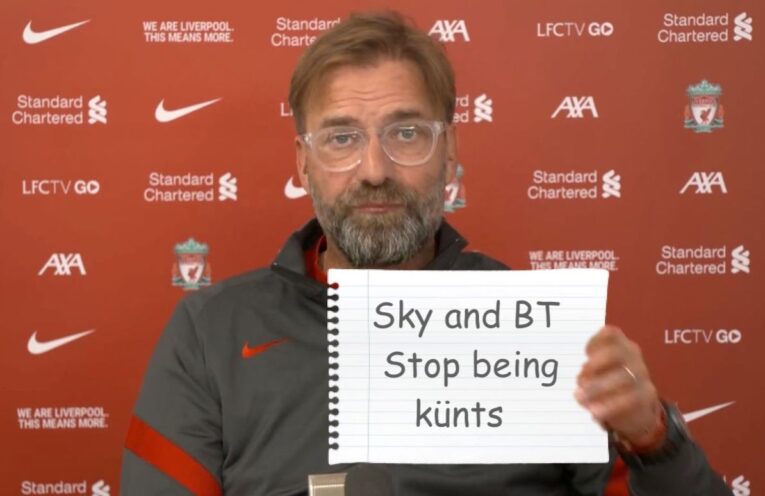 Jürgen Klopp has reopened his war of words with the UK’s Premier League broadcasters Sky and BT. The German has been a vocal critic of fixture scheduling in recent months. 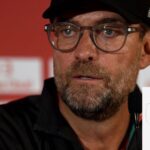 “The sign is clear,” said Klopp, holding up a handwritten message. “Stop being künts. Making teams play at 12:30 on Saturday after Europe on Wednesday? In Germany we would call this the behaviour of a künt. My english is not so good, but I’m 70% sure this translates as ‘cunt’.”

“Players are not machines,” Klopp told Soccer on Sunday. “Keep acting the künt with the schedule and we’ll end up with Karius at centre half and Robbie Fowler at wing-back. I’m not sure Robbie has the legs for that, and Karius is shite at everything.”

“Sky and BT need to sit down and talk to one another,” he added. “The pair of künts.”