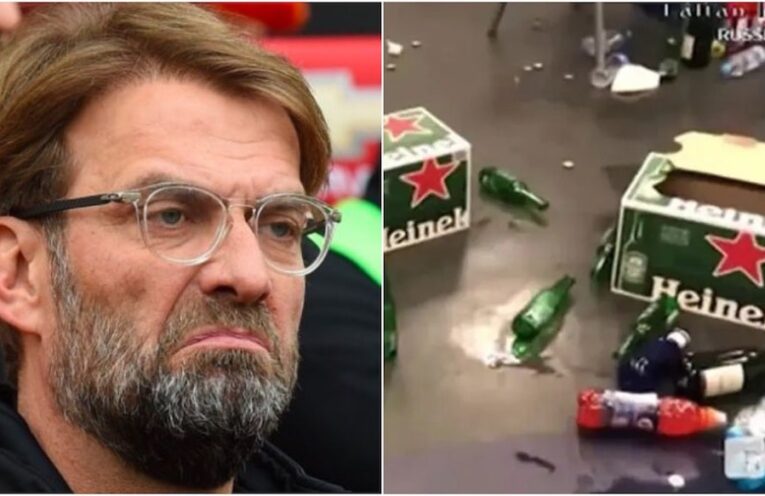 Jürgen Klopp has banned drinking alcohol in the dressing room before matches following Liverpool’s heavy defeat to Manchester City on Thursday. The Premier League winners paid the price for their ongoing celebrations.

“The party is over,” Klopp told Soccer on Sunday. “Joe and Andy were doing shots of tequila in the dressing room, and I think that showed in their performances. It was like having Shane McGowan at centre-half and left-back.”

“Obviously the boys aren’t happy,” said the German. “We might have to pack Big Virg and a few of the other hardcore garglers off to a clinic to ‘dry out’. The first step is admitting they are drunks, so that is important.”

“Milly should be fine,” added Klopp. “Half a shandy and he wakes up in a skip.”